TOP NEWS: Cambodia Reports One New Case of Covid-19; Three Recovered * France Halts Ratification of Extradition Treaty with Hong Kong * North Korea Has 'Probably' Developed Nuclear Devices to Fit Ballistic Missiles: UN Report * Typhoon Hagupit Makes Landfall in East China's Zhejiang * Chief of Staff to Brazil's Bolsonaro Tests Positive for COVID-19 * Spain's Former King Juan Carlos Decides to Leave Country amid Corruption Allegations * Cruise Ships Return to Greece after Four-Month Ban * Trump Says TikTok Will Have to Sell Its U.S. Operations by September 15 or be shut Down, and that Any Sale Should include a Substantial Payment to the U.S

Of the new cases, 63 are linked to the tabligh (religious) gathering at a mosque in Sri Petaling, Kuala Lumpur.

The event, attended by 16,000 people, has also led to infections in Brunei, Singapore and Indonesia.

Earlier, Health director-general Noor Hisham Abdullah confirmed that authorities had contacted 10,553 people of worshippers who attended the gathering as of 12am on Thursday. Of these, 4,986 samples were taken and 513 of them tested positive for COVID-19.

One of them, a 34-year-old man, died in Johor’s Sultanah Aminah Hospital on Thursday after his condition deteriorated.

Dr Noor Hisham also urged the rest of the worshippers from the event to come forward to the Health Ministry so that they will be checked.

On Tuesday, Malaysia reported two deaths from COVID-19, the country’s first fatalities linked to the virus.

One of them was a 34-year-old man who attended the religious gathering in Kuala Lumpur.

Dr Adham added that 20 patients who are tested positive for COVID-19 are warded at the intensive care unit and require breathing assistance.

He also outlined that 15 COVID-19 cases were discharged from hopsitals on Thursday, meaning that a total of 75 patients have recovered from the virus in Malaysia.

On Monday night, Prime Minister Muhyiddin Yassin announced a restricted movement order, which bars citizens from going overseas and foreigners from entering the country for about two weeks starting Wednesday to prevent the further spread of COVID-19 in the country.

As part of the order, public gatherings and movements in the whole country, including religious events, sports meets, social and cultural activities will be prohibited.

To enforce this, he outlined that all places of worship and business premises must be closed, except for supermarkets, grocery stores and convenience stores selling everyday necessities.

Mr Muhyiddin also announced that all firms will be closed except for those involved in essential services such as water, electricity, energy, telecommunications, transport, oil, petrol, safety and defence.

In a separate national address on Wednesday night, Mr Muhyiddin said Malaysia may extend the restricted movement order by "maybe another two weeks or even longer" if the current measures fail to contain the spread of COVID-19.

He also urged Malaysians to just stay at home during the two-week control order to break the chain of infection. 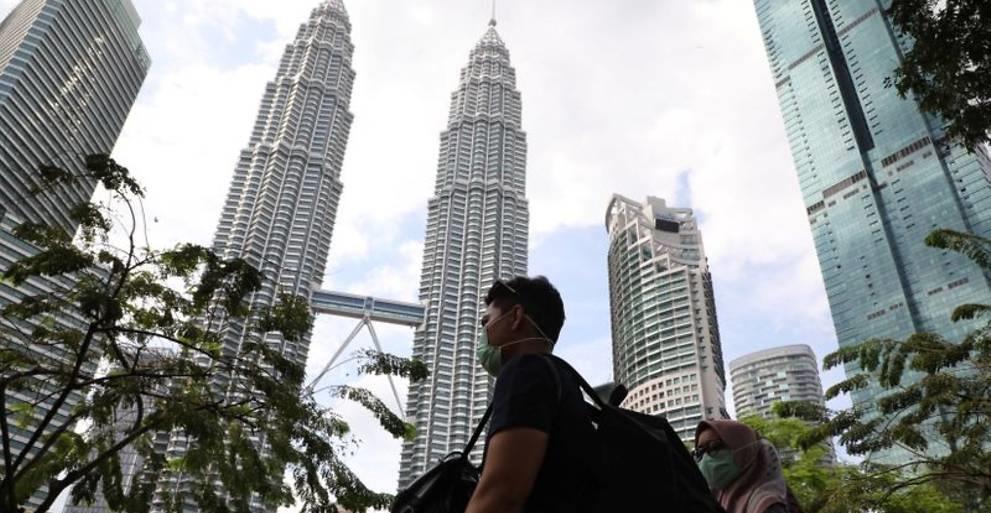