New Zealand Announces Move to Enter Lockdown over Next 48 Hours

WELLINGTON, March 23 (CNA) - New Zealand said on Monday (Mar 23) it will move to its highest alert level imposing self-isolation, with all-non-essential services, schools and offices to be shut over the next 48 hours as the number of coronavirus cases more than double.

Prime Minister Jacinda Ardern said these decisions will place the most significant restriction on New Zealanders' movements in modern history, but it was needed to save lives and slow the virus.

"We are all now preparing to go into self-isolation as a nation," Ardern said in a news conference. She added that without these measures tens of thousands of New Zealanders could die.

The number of coronavirus cases in New Zealand shot up to 102, more than double since Friday, as the country reported 36 new infections. New Zealand has had no deaths.

Ardern said the cabinet agreed that effective immediately, the country of 5 million people would move into alert level 3 nationwide, and after 48 hours it will be at the highest level 4. New Zealand has already closed its borders to foreigners.

Ardern said all bars, restaurants, cafes, gyms, cinemas, pools, museums, libraries, playgrounds and any other place where the public congregate must close their face-to-face function.

She said supermarkets, doctors, pharmacies, service stations, access to essential banking services will all be available throughout New Zealand at every alert level.

"If you do not have immediate needs, do not go to the supermarket. It will be there for you today, tomorrow, and the day after that," she added.

The move comes after neighbouring Australia, which has thousands of COVID-19 cases, started lockdown measures on Monday, but has stopped short of self-isolation.

New Zealand's bourse reacted immediately to the announcement plunging 10 per cent to its biggest intraday percentage drop ever.

Finance Minister Grant Robertson said all rents will be frozen and the government will announce further support for the economy in the coming days.

"To be absolutely clear we are now asking all New Zealanders who are outside essential services to stay at home, and to stop all interactions with others outside of those in your household," Ardern said.

Schools will be closed from Tuesday, except for children of essential workers such as our doctors, nurses, ambulance drivers and police. Schools will close entirely from midnight Wednesday.

All indoor and outdoor events will be cancelled. All workplaces were asked to implement alternative ways of working.

Public transport will shut for everyone outside of people working in essential services.

To stop community transmission these measures will need to be in place for 4 weeks, said Ardern.

New Zealand's opposition National Party said it had put on hold its campaign for a general election on Sep 19. Ardern said there was no impact on the election for now.

Of the new cases, two are being treated as related to community transmission, Ministry of Health's Director-General of Health Dr Ashley Bloomfield said in a news conference on Monday.

More than half the cases are directly related to overseas travel, while most of the remainder are close contacts of a previously confirmed case or associated with an event where there were confirmed cases, he said.

From Australia's Bondi Beach to the streets of New Delhi, authorities across the Asia-Pacific region have ramped up efforts to stem the spread of COVID-19 amid fears of a second wave of infections in places where outbreaks had appeared under control.

Last week, New Zealand announced it would close its borders to all foreigners in an effort to contain the spread of the coronavirus. 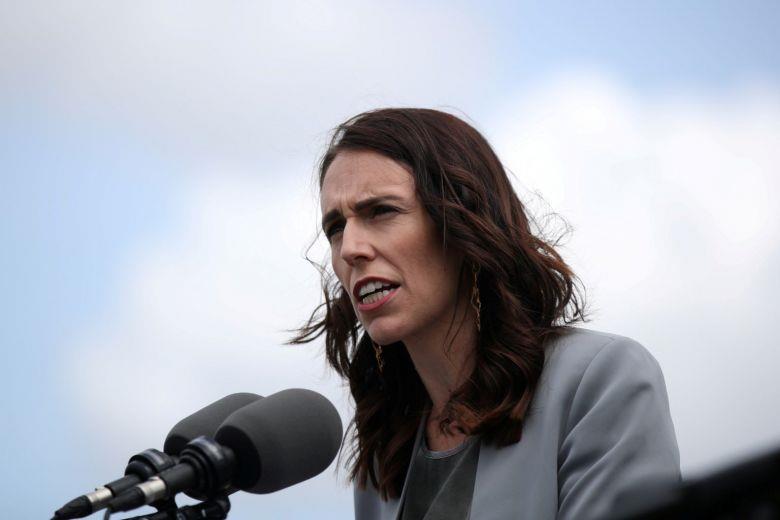