SYDNEY, March 23 (CNA) - Australia started shutting down pubs, clubs, gyms and houses of worship on Monday (Mar 23) after a jump in coronavirus cases and after thousands disregarded social distancing advice and crowded beaches, bars and restaurants.

After an initial slow rate of infection, the number of COVID-19 cases in Australia has now surpassed 1,100 with the south-eastern states of Victoria and New South Wales recording the highest number of cases.

The leader described the immense health and economic challenges as the "toughest year of our lives" and warned Australians to prepare for a shutdown that could last six months.

Despite calls to practice social distancing, some Australians ignored the warnings with thousands flocking to Bondi Beach and frequenting restaurants and bars in recent days.

Local authorities have also been closing beaches to disperse crowds amid a warm autumn spell, while cafes and restaurants will be able to only offer takeaway and delivery services.

Supermarkets, pharmacies, freight and retail will continue to trade.

The benchmark index plunged more than 8 per cent at the open, a day after the government pledged an extra AU$66.4 billion (US$38.06 billion) to combat the impact of the coronavirus.

While parts of the package require parliamentary approval, the opposition Labor party said it will support the legislation.

With scores of people already unemployed, hundreds of Australians lined up outside government offices in Sydney and Melbourne on Monday to register for social security payments, according to two Reuters' witnesses.

Many tried to practice social distancing as lines stretched around the block.

On Monday, Victorian Premier Daniel Andrews said that schools would be closed from Tuesday, and plans were in place for remote learning.

"If people simply behave as normal, if they don't take this seriously, if they act selfishly, then people will die," Andrews said on Monday.

"I can't be any clearer than that."

Schools will remain open in New South Wales, although parents have been encouraged to keep their children at home.

In neighbouring Papua New Guinea, a state of emergency has been declared after the country recorded its first case of the virus, while the tiny island nation of Guam, an American island territory in Micronesia, recorded the Pacific islands region's first coronavirus fatality. 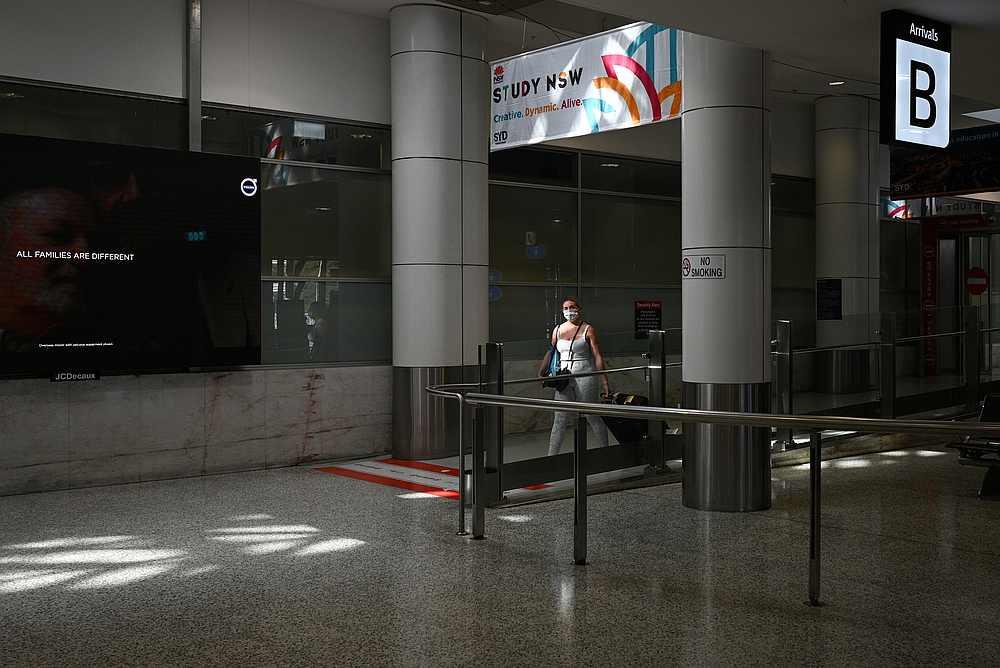