Trump Calls for Quick End to US Coronavirus Lockdown

"A lot of people agree with me. Our country - it's not built to shut down," he said on Fox News. "You can destroy a country this way by closing it down."

"I would love to have the country opened up and just raring to go by Easter," said Trump. Easter is on Apr 12, 19 days away.

Social distancing and quarantine measures have been instituted across much of the United States, with stay-at-home orders for more than a third of the population, bringing the world's biggest economy to an abrupt halt.

An Ipsos/Axios poll released on Tuesday found that 74 per cent of Americans have stopped attending large gatherings, while 48 per cent have cancelled travel plans, leaving airports deserted.

Another significant casualty of the shutdown has been the presidential election campaign, with Trump having to halt a relentless series of big rallies around the country.

Health experts have advised the measures as the foundation for preventing the easily transmitted, potentially fatal illness from multiplying uncontrollably.

Trump called for a 15-day period of observation, which expires early next week.

But he made clear that he thinks the response has been blown out of proportion, saying "we lose thousands and thousands of people a year to the flu. We don't turn the country off".

"We lose much more than that to automobile accidents. We didn't call up the automobile companies to say, 'Stop making cars'." 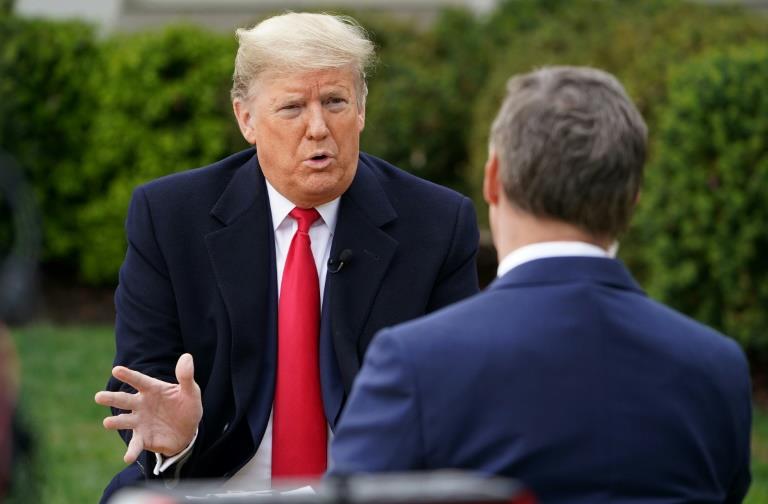