Of the new cases, 34 were from travellers, KCDC data showed.

South Korea added it would tighten border checks for travellers from the United States by Friday as concerns rise over imported coronavirus cases despite a decline in domestically transmitted infections.

Seoul has imposed strict border checks on visitors from Europe, China, Italy and Iran, requiring them to sign up to a smartphone application to track whether they have any symptoms such as fever.

Prime Minister Chung Sye-kyun said similar measures should be implemented for travellers from the United States no later than Friday.

"We don't have much time given the situation where our citizens living in North America including students who are anxious about a rise in confirmed patients there and expected to return home," Chung told a meeting.

On Tuesday, South Korea doubled a planned economic rescue package to 100 trillion won (US$80 billion) to save companies hit by the coronavirus and put a floor under crashing stocks and bond markets.

The package includes 29.1 trillion won in loans to small- and medium-sized companies, while another 20 trillion won will be used to buy corporate bonds and commercial paper of companies facing a credit crunch, President Moon Jae-in said in an emergency economic meeting.

The government plans to temporarily relax the FX liquidity coverage ratio (LCR) for banks and waive a levy on foreign currency borrowing, finance minister Hong Nam-Ki said in a policy meeting, according to a written copy of his speech.

The FX LCR ratio requires banks to hold high-quality assets that can readily be converted into cash within 30 days.

Currently, the government asks domestic banks to meet 80 per cent FX liquidity coverage ratio, meaning the amount of easy-to-sell foreign assets must be at least 80 per cent of its expected cash outflows in times of stress.

The new ratio will be announced later this week, Hong said.

"The government will assess local dollar liquidity conditions on a daily basis and prepare various layers of tools to supply dollars in a timely manner, in order to make sure companies and financial institutions don't experience dollar shortages," Hong said. 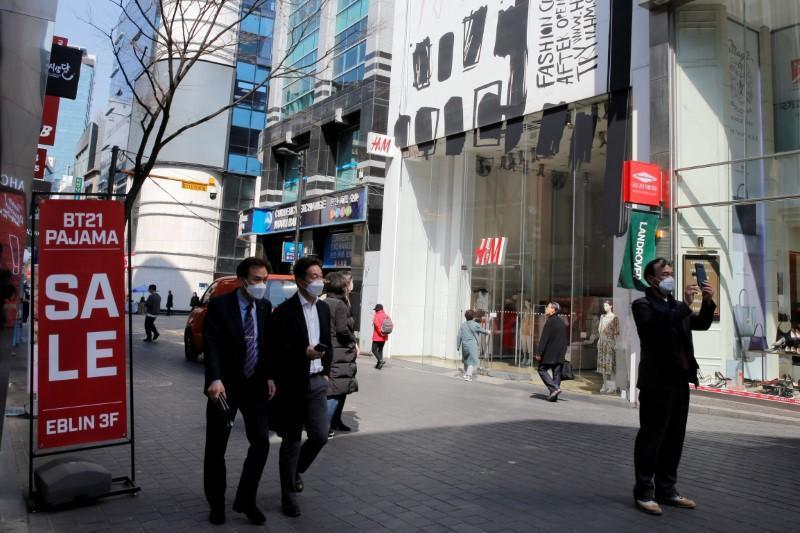