BEIJING, March 25 (CNN) - Chinese Premier Li Keqiang has warned local officials not to hide new coronavirus cases, after the country reported several days of no locally transmitted infections in a major turnaround in its fight against the deadly pandemic.

Li, the country's second-in-command, urged local governments Monday to "seek truth from facts" and be "open and transparent" in releasing information on the epidemic.

"Being open and transparent means a new case must be reported once it's discovered. It is what it is. There must be no concealing or underreporting," he told senior officials tasked with battling Covid-19 during a meeting he chaired, according to an official government statement posted online Tuesday.

The Chinese premier was appointed the head of a central government task force -- or a "central leading group" as it is called -- to fight the coronavirus in January. He visited the city of Wuhan, the epicenter of the outbreak, back in late January, more than a month earlier than the tour by China's top leader Xi Jinping in March.

Li's warning appears to be part of a concerted effort to rebuild public trust amid persistent accusations that local officials deliberately downplayed the reality of the situation during the early stages of the outbreak.

It also comes as China faces increased scrutiny from overseas over its initial efforts to prevent the virus from spreading beyond its borders after it was first identified in Wuhan in December. 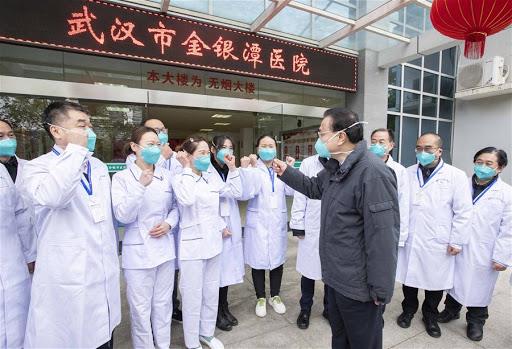