SEOUL, March 29 (Yonhap) -- North Korea fired what appeared to be two short-range ballistic missiles toward the East Sea on Sunday, South Korea's Joint Chiefs of Staff (JCS) said, the latest in a series of projectile launches even as the country is on high alert against the coronavirus.

Both were fired northeastward from the eastern coastal city of Wonsan at 6:10 a.m. and flew around 230 kilometers at a maximum altitude of around 30 km, the JCS said, adding that South Korean and U.S. intelligence authorities are analyzing other specifics.

"In a situation where the entire world is experiencing difficulties due to COVID-19, this kind of military act by North Korea is very inappropriate and we call for an immediate halt," JCS said.

The military is closely monitoring the situation while maintaining a readiness posture, it said.

The last such test came on March 21, when the North fired two short-range ballistic missiles believed to be its version of the U.S.' Army Tactical Missile System (ATACMS) from its western county of Sonchon in North Pyongan Province.

It is not immediately known if leader Kim Jong-un oversaw Sunday's firing, though the North's Korea Central News Agency (KCNA) had reported that the three previous tests this month took place under his watch.

xperts and officials say the North's recent military moves appear to be primarily aimed at strengthening his grip on power amid fears of the spread of the COVID-19 virus and economic difficulties caused by the prolonged international sanctions regime.

The North has intensified efforts to contain the novel coronavirus, though the North has said it has not seen any confirmed case yet, a claim doubted by many. 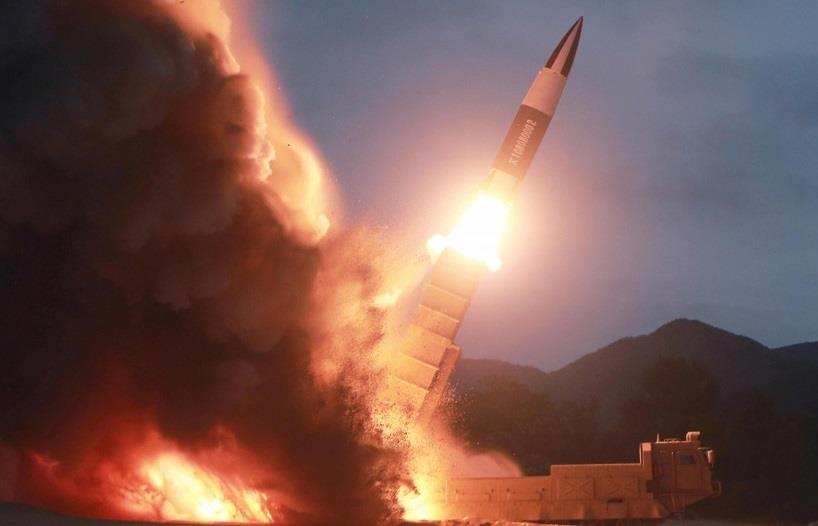