WASHINGTON, March 31 (CGTN) - President Donald Trump and his top healthcare advisers urged Americans on Tuesday to follow strict social distancing measures ahead of a "tough two weeks" in the fight against the COVID-19 pandemic, which could see at least 100,000 deaths in the United States.

"It's absolutely critical for the American people to follow the guidelines for the next 30 days. It's a matter of life and death," Trump said during a news conference at the White House, adding the next two weeks would be "very, very painful."

White House coronavirus coordinator Deborah Birx displayed charts demonstrating data and modeling that showed an enormous jump in deaths to a range of 100,000 to 240,000 people from the virus in the coming months.

Trump said 2.2 million people could die, according to the modeling, if no mitigation efforts had been put into place. He cited those high projections when announcing on Sunday that he planned to extend the federal guidelines rather than pursuing his earlier stated desire to get the U.S. economy moving again by Easter on April 12.

"There's no magic bullet. There's no magic vaccine or therapy. It's just behaviors: Each of our behaviors translating into something that changes the course of this viral pandemic over the next 30 days," Birx told reporters, predicting a peak in deaths in the coming two weeks.

Dr. Anthony Fauci, director of the National Institute of Allergy and Infectious Diseases, who has said previously that the pandemic could kill between 100,000 and 200,000 people in the United States, said all efforts were being made to make those numbers lower. 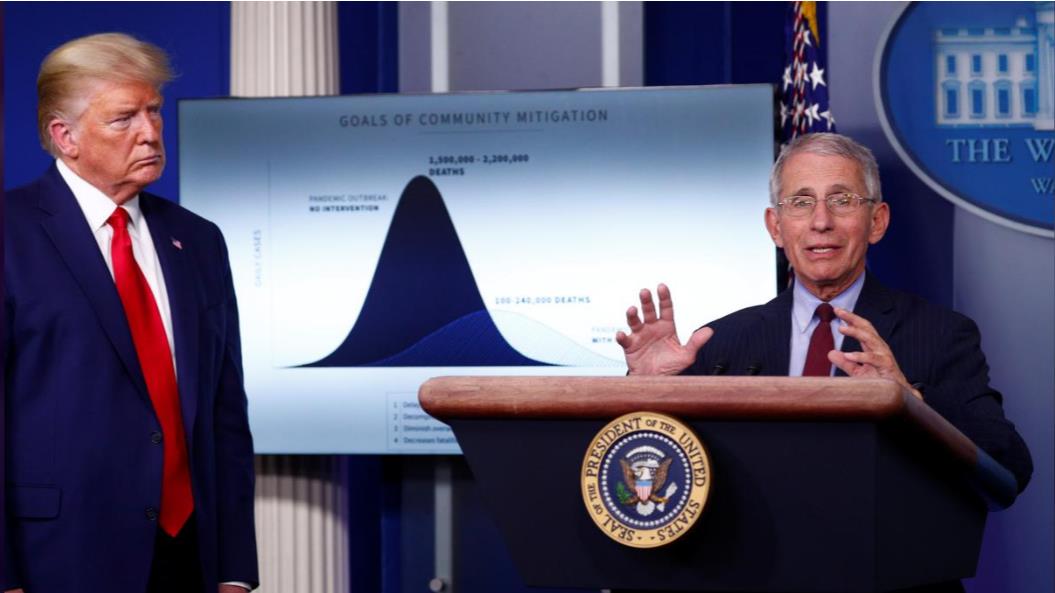