LONDON, April 1 (CNA) - From Thailand to India, countries have told people not to make April Fools' Day pranks related to COVID-19, with some threatening jail time as they seek to prevent the spread of rumours which could put lives at risk.

Tech giant Google, which is famous for its annual spoofs, has cancelled the tradition because of the pandemic which has killed about 40,000 people worldwide.

Thailand said on Tuesday (Mar 31) that April Fools' Day jokes about the virus could be punished under a law carrying a sentence of up to five years in prison.

"It's against the law to fake having COVID-19 this April Fools' Day," the government said on Twitter.

Taiwan's President Tsai Ing-wen took to Facebook to tell people not to prank about the virus, adding that anyone spreading rumours or false information could face up to three years in jail and/or a fine of up to NT$3 million (US$99,200).

"The state govt won't allow anyone to spread rumours/panic on #Corona," Maharashtra Home Minister Anil Deshmukh tweeted, adding that he had instructed the authorities to "act swiftly & strongly (against) such miscreants".

Under the heading "Corona is no joke", Germany's health ministry also urged the public not to make up stories related to the virus.

With people relying on the internet and media for vital information about coronavirus, there are fears that jokes could fan the spread of misinformation.

From drinking cow urine to sleeping by chopped onions, myths about how people can catch and cure COVID-19 are already widely circulating.

The World Health Organization has described it as an "infodemic", which could increase the spread of the virus among vulnerable people.

Google said it had suspended its annual April Fools' tradition "out of respect for all those fighting the COVID-19 pandemic".

"Our highest goal right now is to be helpful to people, so let's save the jokes for next April, which will undoubtedly be a whole lot brighter than this one," it said in an internal email to staff.

In previous years Google has advertised fictitious jobs at a new research center on the moon, turned Google Maps into a game of Where's Waldo - also known as Where's Wally - and claimed its search technology uses trained pigeons to rank pages.

Taylor Herring, a British PR agency whose clients include TV channels and international brands, advised all companies to ditch the jokes this year.

Others commented on twitter that April Fools' Day had been cancelled because no one could make up anything more unbelievable than what is currently happening in the world. 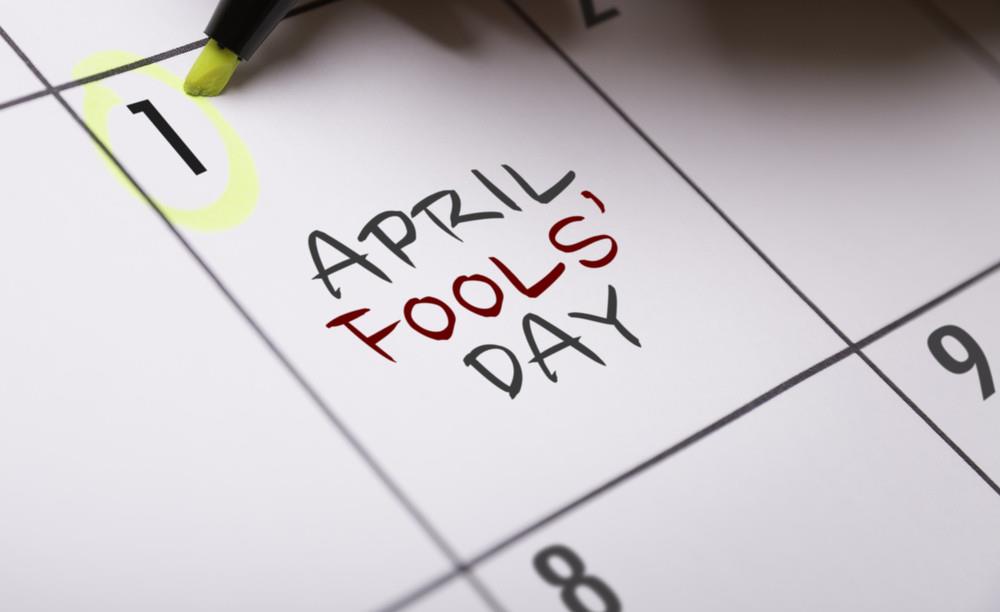