WASHINGTON, April 1 (CNA) - The total US death toll from the coronavirus pandemic topped 4,000 early Wednesday (Apr 1), more than double the number from three days earlier, according to a tally by Johns Hopkins University.

The number of deaths was 4,076 - more than twice the 2,010 recorded late Saturday, Johns Hopkins data showed.

On Tuesday the United States exceeded the number of deaths in China, where the pandemic emerged in December before spreading worldwide.

The number of confirmed US cases has reached 189,510, the most in the world, though Italy and Spain have recorded more fatalities.

After initially downplaying the threat from new coronavirus in the early stages of the US outbreak, President Donald Trump warned of "a very, very painful two weeks" to come for the country on Tuesday.

White House medical experts have said between 100,000 to 200,000 people could ultimately die from the respiratory disease in the United States this year, despite orders in most major cities confining Americans to their homes except for the most necessary outings.

More than 30 states have ordered people to stay at home to contain the virus, a move that has strangled the economy and left millions without a paycheck, at least temporarily. 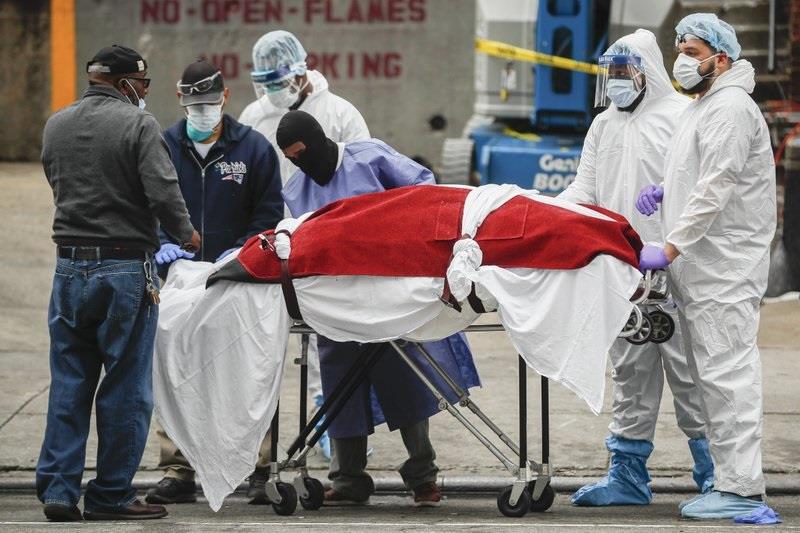