COVID-19 Can Spread 1 to 3 Days before Symptoms Appear, US Study on Singapore Cases Shows

USA, April 1 (CNA) - People infected with the novel coronavirus can transmit the infection one to three days before symptoms start to appear, according to a study published by the US Centers for Disease Control and Prevention (CDC).

The study, which underscored the importance of social distancing to fight the coronavirus outbreak, looked at 243 cases of COVID-19, the illness caused by the coronavirus, reported in Singapore between Jan 23 and Mar 16.

Of the cases in Singapore, 157 were locally acquired and 10 of these were likely transmitted before symptoms started to show.

The fast-spreading virus has claimed more than 43,000 lives globally, with nearly 4,000 in the United States.

The findings suggest that it might not be enough for people showing symptoms to limit their contact to control the pandemic, the researchers wrote in the CDC's Morbidity and Mortality Weekly Report, published online on Wednesday.

The findings increase the challenges of containment measures, the researchers wrote, but said the magnitude of the impact depends on the extent and duration of transmissibility while a patient is pre-symptomatic and that has so far not been clearly established.

The study authors suggested that public health officials conducting contact tracing should strongly consider including a period before symptom onset to account for the possibility of this type of transmission.

Transmissions might take place through respiratory droplets or even speech and other vocal activities such as singing, with the rate of emission corresponding to voice loudness, according to the researchers.

While the cases were carefully investigated, the CDC said it was possible an unknown source might have caused the clusters.

And the findings could also be affected by incorrect reporting of cases, especially if people had only mild symptoms.

With the focus currently on testing only people who show symptoms, the researchers expect asymptomatic illness to be under-detected.

Still, the CDC data adds to previous reports of individual cases in China that indicated the virus could spread before symptoms start to appear. 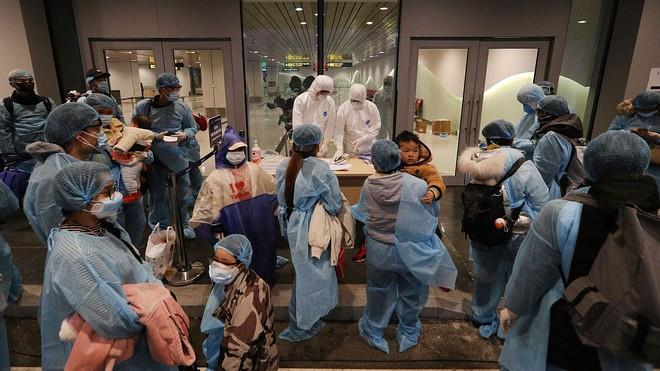