CANBERRA, April 2 (Xinhua) -- The number of confirmed cases of COVID-19 in Australia has surpassed 5,000.

According to the Health Department of the Australian government, as of 3 p.m. Thursday, there have been 5,133 confirmed cases of COVID-19 in Australia.

The number of deaths in Australia has increased to 24 after two women in their 60s and 70s respectively became the fifth and sixth people to die in Victoria on Thursday.

Victoria has become the second of Australia's eight states and territories to surpass 1,000 cases of the virus with 1,036, following New South Wales which has 2,298.

Prime Minister Scott Morrison said on Thursday afternoon that Australia has now conducted more than 260,000 tests at a rate of more than 1,000 tests per 100,000 people.

"We are the first country, to the best of our knowledge, that has been able to exceed that mark," he said.

"The testing resources that we are putting in place have been absolutely fundamental to our tracing ... to ensure that we can restrain the growth and the spread of the virus."

"Two weeks ago, we were having between 25 and 30 percent daily increases," Hunt told reporters.

"Now we have seen a number of days which have allowed us to say that we have dropped below the 10 percent daily figure to single figures with regards to our daily increase in infections.

"That means we are beginning to see early cautious, but verifiable signs of flattening the curve.

"It's not sustained yet, it hasn't been consolidated, but those early, important signs are absolutely critical." 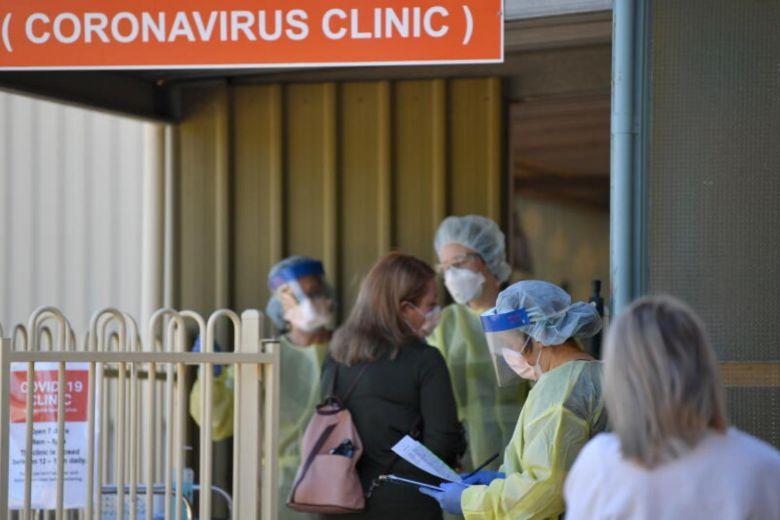