ABROAD, April 3 (CGTN) - Confirmed coronavirus cases around the world topped one million on Thursday and the number of deaths soared past 50,000 as Europe reeled from the pandemic and the United States reported record numbers of people out of work.

The virus has claimed thousands more lives, with Spain and Britain seeing the highest number of daily fatalities yet. A record 950 people died from the coronavirus overnight, bringing Spain's death toll above 10,000 on Thursday. Britain also saw record 569 new deaths in the past 24 hours.

The coronavirus also continues to wreak havoc on the global economy, with the U.S. announcing a record 6.65 million workers filed for unemployment benefits last week and Spain reporting its biggest monthly increase in jobless claims ever.

The pandemic caused further disruption to the U.S. election calendar as the Democratic Party announced it was postponing its convention to choose a November opponent for President Donald Trump to August 17.

The decision came after the likely nominee, former vice president Joe Biden, said the convention, originally scheduled for July 13-16 in Milwaukee, Wisconsin, would probably need to be delayed.

Also in the U.S., a virus-stricken cruise ship, the Zaandam, which has dozens of ill passengers and crew on board, was finally allowed to dock in Florida after being stranded at sea for weeks. 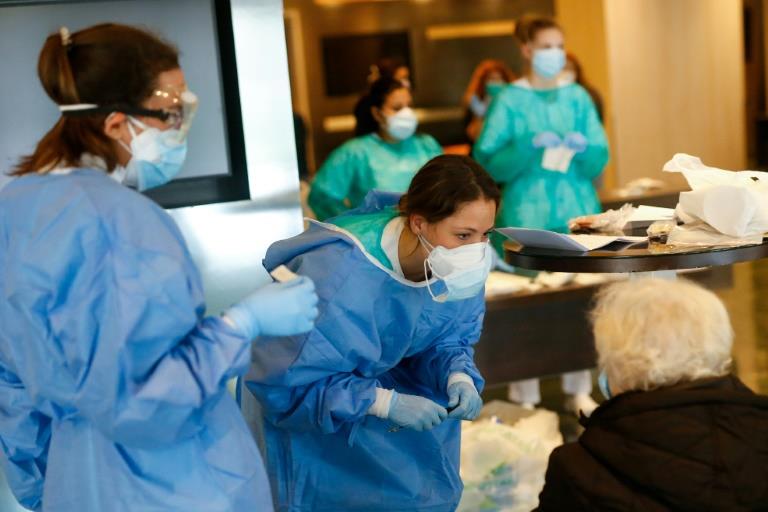