US Could Start Reopening in May, Says Top COVID-19 Adviser

WASHINGTON, April 12 (CNA) - The United States may be ready to start gradually reopening next month, the government's top infectious diseases expert said on Sunday (Apr 12), as signs grew that the coronavirus pandemic was peaking.

President Donald Trump had earlier wanted the world's largest economy to be "raring to go" by Easter Sunday, but most of the country remained at a standstill and churches took celebrations online to halt the spread of the virus that has killed more than 20,000 people in the US.

Trump has cast the decision on when to ease the lockdown as the biggest of his presidency as he faces competing pressures from public health experts and businesses along with some conservative allies who want a swift return to business as usual.

Anthony Fauci, the veteran pandemic expert who has quietly sought action to stem infections, said in a televised interview that parts of the country could begin easing restrictions in May.

"I think it could probably start at least in some ways maybe next month," Dr Fauci, head of the National Institute of Allergy and Infectious Diseases, told CNN.

"We are hoping by the end of the month we can look around and say, 'okay, is there any element here that we can safely and cautiously start pulling back on?'

"If so, do it. If not, then just continue to hunker down."

Fauci said that regions would be ready at different times rather than the United States turning back on like a "light switch".

Stephen Hahn, commissioner of the Food and Drug Administration, told ABC he was "hopeful" about a reopening on Apr 1 but added: "I think it's too early to be able to tell that."

Unlike in most Western countries, lockdown decisions are primarily up to local governments, not the president, and leaders of a number of hard-hit, densely populated states have vowed to act as long as necessary.

"We want to reopen as soon as possible," New York Governor Andrew Cuomo told reporters. "The caveat is we need to be smart in the way we reopen."

"If we start to get back on our feet too soon, I fear, based on the data we're looking at, we could be throwing gasoline on the fire," Murphy told CBS.

Trump, for his part, wrote on Twitter on Sunday: "We are winning, and will win, the war on the Invisible Enemy!"

The United States has been recording about 2,000 deaths a day from COVID-19 over the last four days, mostly in older people with weakened immune systems and ethnic minorities with less access to health care and teleworking.

"You're not seeing a great decline in the numbers, but you're seeing a flattening," he said.

Dr Fauci similarly said he was "cautiously optimistic" as admissions into hospitals and intensive care had begun to decline.

The United States, which has 4.25 per cent of the world's population, accounts for almost a fifth of the world's nearly 110,000 deaths from COVID-19 since the disease first emerged in China late last year.

The New York Times, in an extensive article published on Sunday, described Trump as failing to act quickly in part due to confidence in his gut instincts and his distrust of civil servants he brands as a conspiratorial "deep state".

Dr Fauci, who has advised six successive presidents, acknowledged when asked about the article that the US could have saved lives by shutting down public spaces when the disease's seriousness became clear early in the year.

"But there was a lot of pushback about shutting things down back then," Dr Fauci told CNN, without naming Trump.

Trump soon afterward posted an interview on in which Dr Fauci said that the United States "early on did not get correct information."

Trump last week zeroed in on the World Health Organization to explain early difficulties, saying the UN body was overly reliant on China when illnesses first emerged in Wuhan.

Trump had been hoping to campaign on a strong economy as he seeks re-election in November.

Instead, about 17 million people have lost their jobs in a matter of weeks and his presumptive Democratic rival, Joe Biden, has been hammering him over his virus response. 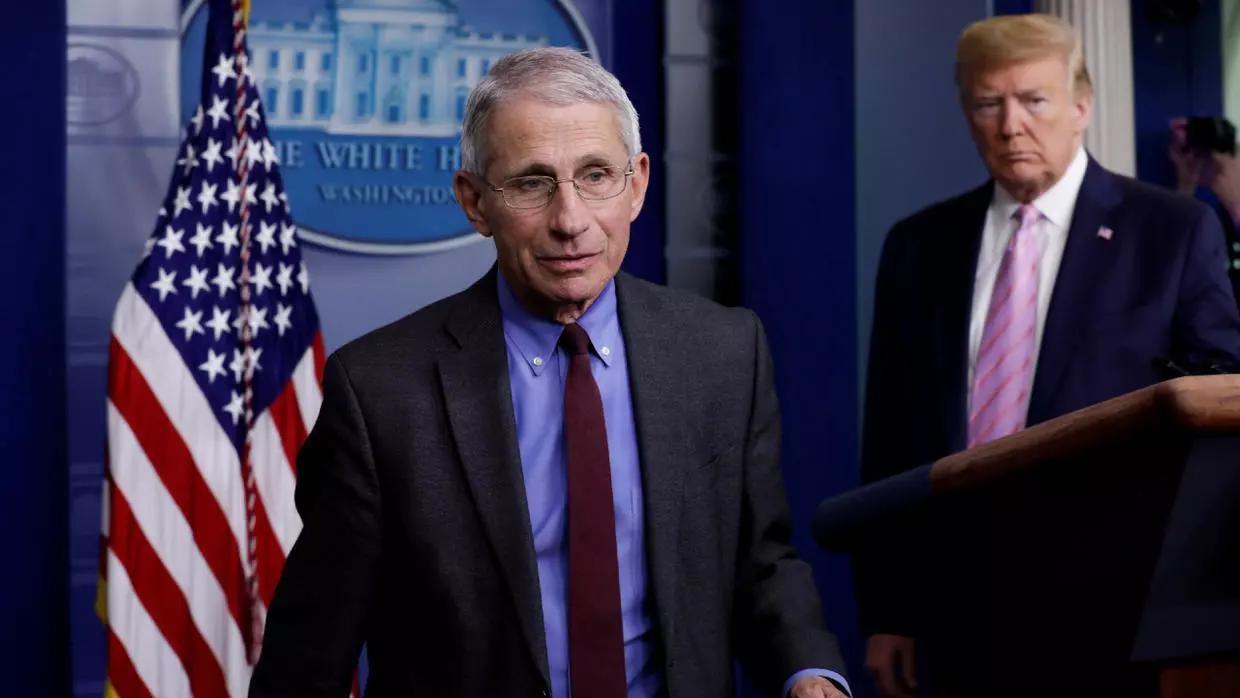