Hong Kong: Travelers from U.S., Europe to Have Virus Tests on Arrival

HONG KONG, April 13 (CGTN) - Travelers from the United States and Europe heading to Hong Kong will henceforth be required to have coronavirus tests upon their arrival. The Hong Kong Special Administrative Region (HKSAR) government's secretary for food and health on Sunday said it aims at expanding the arrangement in the near future to cover all those arriving from foreign places.

Since April 9, asymptomatic inbound travelers arriving on flights from Britain are required to proceed to the Temporary Specimen Collection Center (TSCC) set up by the HKSAR government's Department of Health at the AsiaWorld-Expo near the Hong Kong International Airport to collect their deep throat saliva samples and wait for the test results there.

Secretary for Food and Health Sophia Chan told the media after attending a radio program on Sunday that the HKSAR government will now require all the travelers arriving from overseas to have their deep throat saliva samples collected for tests, and those arriving from high-risk areas such as Britain, the United States and other European countries must wait at the specimen collection center for their test results before heading to their accommodations.

If tested positive, they will be scheduled for admission to hospital as soon as possible for treatment, while the close contacts who traveled with them will be sent to designated quarantine centers.

For those who tested negative, they will be allowed to go home or to a designated place to continue completion of the 14-day compulsory quarantine.

The HKSAR government's short-term objective is to extend the arrangement to all inbound travelers covered by the Compulsory Quarantine of Persons Arriving in Hong Kong from Foreign Places Regulation, which took effect on March 19, Chan said. 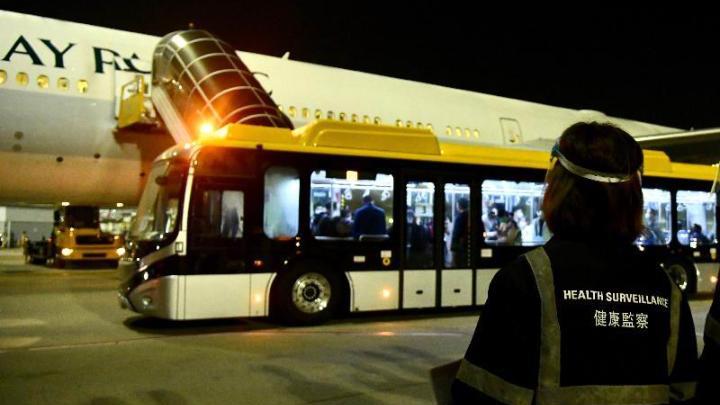