France Maintains Anti-coronavirus Lockdown until May 11

PARIS, April 13 (Xinhua) -- France would remain under a nationwide lockdown until May 11 to stem the spread of COVID-19 and reduce its impact on domestic health institutions, President Emmanuel Macron said on Monday evening.

"The epidemic is starting to slow down. The results are there. Thanks to your efforts, everyday we have made progress," the president addressed the nation in his third TV appearance since the epidemic started.

"Hope is reborn but nothing is settled, he said. "Everywhere in French mainland or overseas, the (health) system is under pressure and the epidemic is not yet under control."

"We must therefore continue our efforts and apply the rules. The more we respect the rules, the more lives we save. This is why strict containment must continue until Monday, May 11," Macron added.

The announcement came two days before the current confinement, which started on March 17, was due to end on April 15. Tough restriction on people's movement has already been extended on March 28.

Under the lockdown, people can only leave their homes to buy food and medicine or for work, while all non-essential businesses and open-air markets have been closed, and schools were shut down.

People are allowed to go out for a walk with their children or to exercise once a day for no more than one hour, and within one kilometer of their home. Sanctions against those who break the rules are tougher.

Stressing that prolonged lockdown was "the only way to work effectively and the condition to further slow down the virus spread," the president stressed that the restrictions already put in place must be strictly respected in the coming four weeks.

The recommendation of the scientific council, which advises the government on the epidemic crisis, was for at least six-week strict containment after it was put in place, which means till the end of April.

An end of the confinement would be possible if pressure on intensive care units eases, the virus circulation slows down and there are sufficient stocks of equipment, including masks and testing kits, it said.

"May 11 will mark the start of a new stage. It will be progressive. The first objective remains the health of all French people. We will gradually reopen nurseries and schools," he announced, adding that universities will not reopen before summer.

Meanwhile, cafes, restaurants, shops, cinemas and theatres would remain closed, while large festivals would be postponed to mid-July. In addition, frontiers with non-European countries would be closed until further notice, he said.

Admitting that the government was not sufficiently ready for this health crisis, Macron said that by May 11 France would be able to test anyone presenting COVID-19 symptoms and provide the public with protective masks.

As of Monday, death toll from the novel coronavirus rose by 574 to 14,967, while serious cases dropped for the fifth day in a row. Some 6,821 infected people need life support, down by 24 in the last 24 hours, according to the Health Ministry. 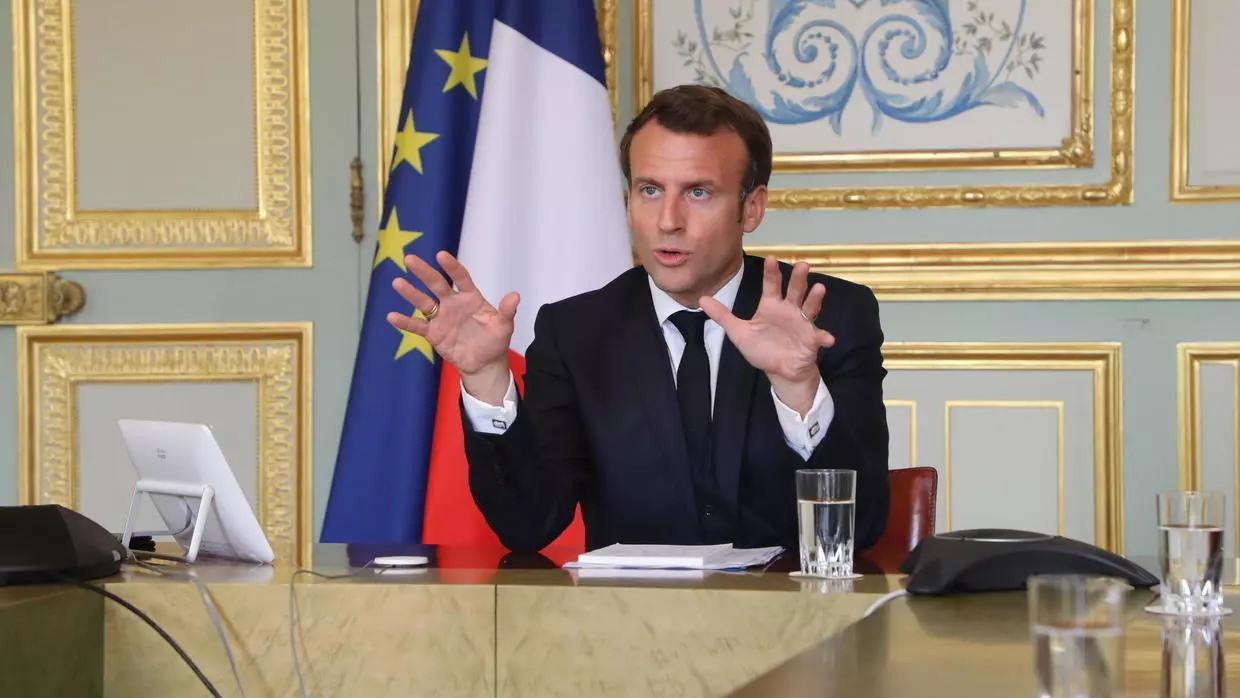