SEOUL, April 15 (Xinhua) -- South Korean voters went to the polls for parliamentary election Wednesday amid the COVID-19 outbreak, according to the National Election Commission.

The election to vote for 300 members of the National Assembly, which began from 6 a.m. local time, would last for 12 hours at 14,330 polling stations across the country.

Of the 43.99 million voting-age South Koreans, 26.69 percent voted in advance on Friday and Saturday. It was the highest since the early voting system was introduced in 2013.

For those who are self-quarantined as they were infected with the virus, came in contact with the infectees or came from overseas within two weeks, the voting will be conducted for an hour from 6 p.m. local time when other voters ended casting ballots.

Of the 59,918 voters under the mandatory quarantine, 22.8 percent, or 13,642, applied for the vote for the general elections, widely seen as a mid-term referendum on the Moon Jae-in government.

In the latest tally, South Korea reported 27 more cases of the COVID-19 for the past 24 hours, raising the total number of infections to 10,591. 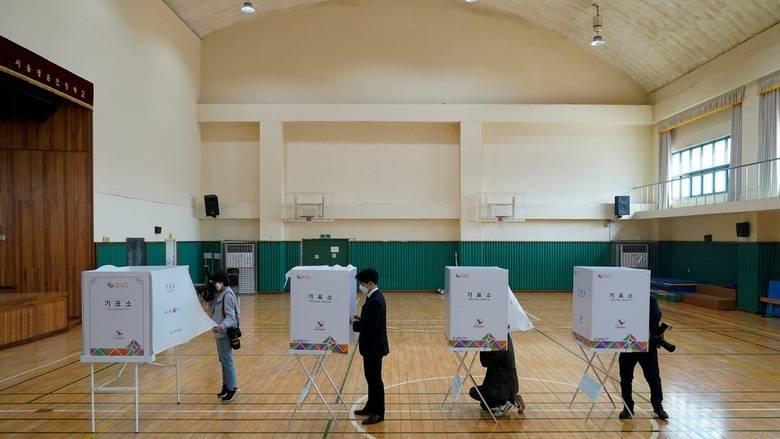