'Nothing Hidden from the U.S., from Day One' about COVID-19: WHO Chief

GENEVA, April 21 (Xinhua) -- Nothing in the response to COVID-19 by the World Health Organization (WHO) have been "hidden from the U.S., from day one," with U.S. professionals playing an important role in its anti-epidemic fight, WHO Director-General Tedros Adhanom Ghebreyesus said Monday.

Some 15 staff from the U.S. Centers for Disease Control have been seconded to the WHO since January, with two U.S. officials assigned long-term, which is a sign of the agency's transparency, Tedros told a news conference, adding that "all countries get information immediately."

Calling COVID-19 "public enemy No. 1," the WHO chief said "we have been warning from day one: this is a devil that everybody should fight."

Tedros made the remarks after U.S. President Donald Trump on April 14 ordered a halt to his country's funding for the WHO, alleging that the agency had messed up the early response to COVID-19, although the specialized organ for global health has been coordinating international efforts against the pandemic.

Trump also insisted that the WHO had failed to share information "in a timely and transparent" manner since the COVID-19 outbreak.

In response to the allegations, Tedros said "there is no secret in WHO because keeping things confidential or secret is dangerous ... because it's about lives, and even a single life is very precious."

If there is strong national unity and global solidarity, the world still can win the fight against COVID-19, Tedros said, warning "without the two, trust us, the worst is yet ahead of us."

The WHO, working with other organizations, has placed orders for 30 million tests over the next four months and delivered protective equipment and medical supplies to 40 countries, according to Tedros.

The health agency also intends to ship almost 180 million surgical masks, 54 million N95 masks and more than 3 million protective goggles to countries in need through April and May. 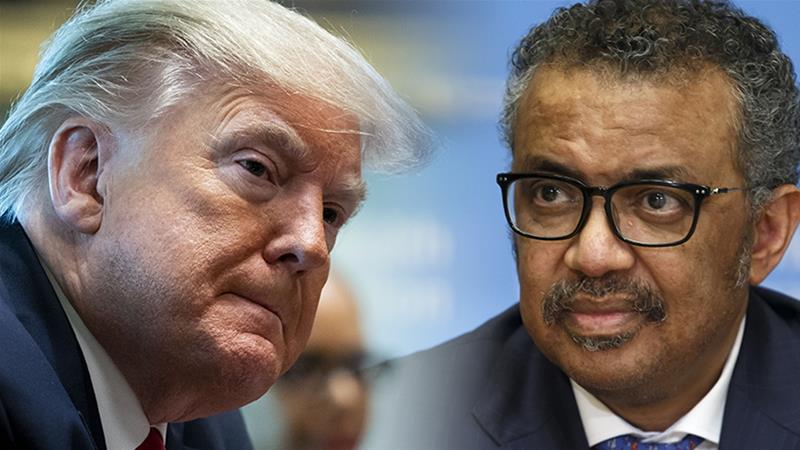