WASHINGTON, April 22 (Xinhua) -- U.S. President Donald Trump said on Wednesday that he has signed an executive order, limiting immigration to the United States for 60 days amid the COVID-19 pandemic.

"In order to protect our great American workers, I have just signed an executive order temporarily suspending immigration into the United States," Trump said at a White House briefing.

The order applies to those seeking U.S. permanent residence outside the country at the time of the order but doesn't include those who are in the U.S. seeking to change their immigration status.

Trump said Wednesday he could change the order during the 60 days or extend it afterwards upon reevaluation.

"Right now, we have a very powerful immigration ban, but it may be modified, meaning made tougher or made less tough," the president said.

Trump said Tuesday that seasonal farm laborers would also not be affected by the measures.

The order would mark an extraordinary use of executive power by Trump, who has imposed travel restrictions on a group of nations and regions, measures that have led to chaos abroad and at U.S. airports.

During his presidency, Trump has maintained a hardline stance on immigration and border security, and pushed for a series of controversial measures, including erecting a border wall along the nation's southern border with Mexico, in a bid to deter illegal immigrants. 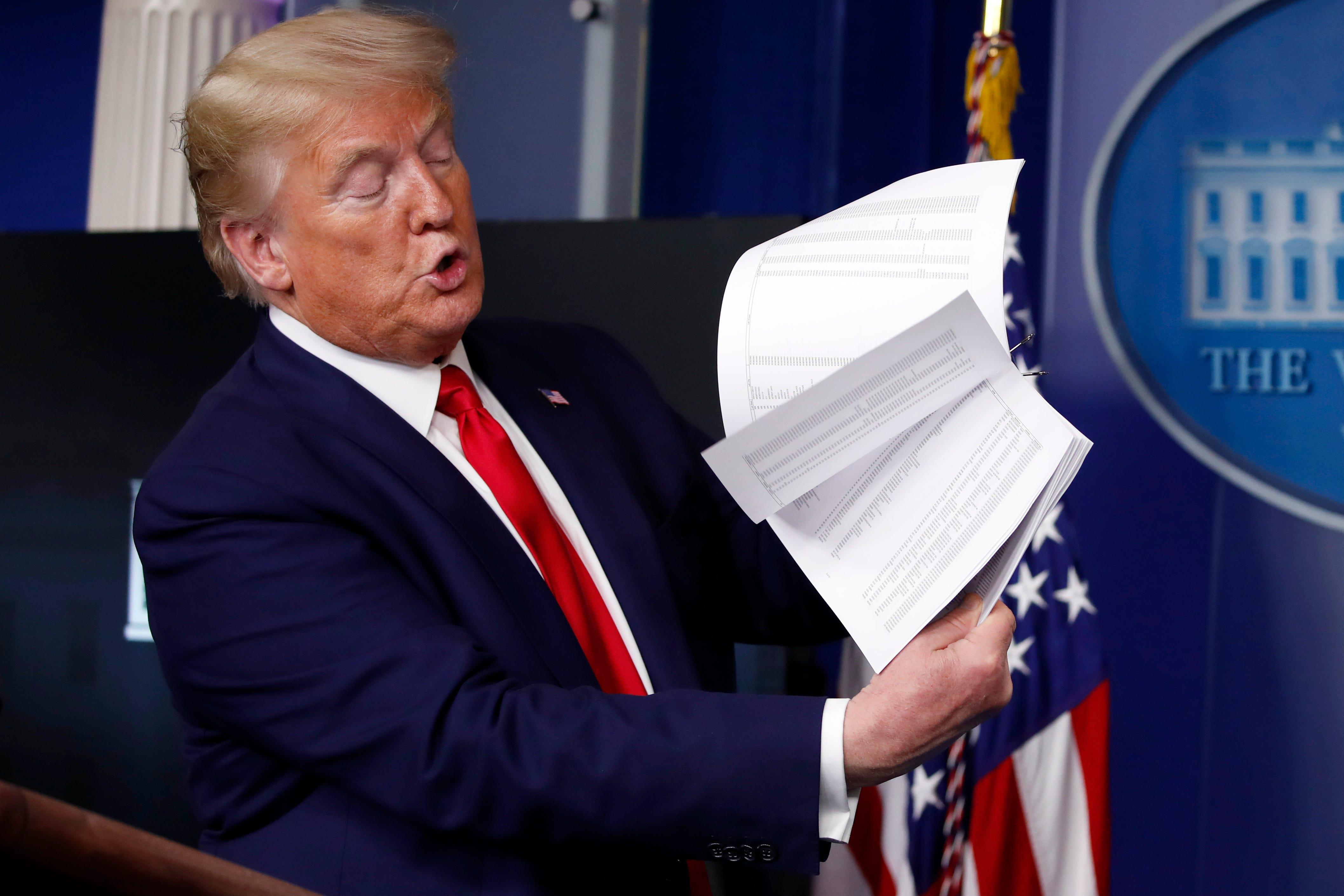