During Ramadan, Muslims the world over join their families to break the fast at sunset and go to mosques to pray. But the pandemic has changed priorities, with curbs on large gatherings for prayers and public iftars, or meals to break the fast.

In a rare occurrence in Islam's 1,400-year history, Mecca's Grand Mosque and the Prophet's Mosque in Medina - the religion's two holiest locations - will be closed to the public during the fasting period.

Prayers from inside the mosque at Mecca on the first evening of Ramadan on Thursday were restricted to clerics, security staff and cleaners, in a ceremony broadcast live on television.

In comments marking the start of Ramadan, King Salman, who is the Custodian of the Two Holy Mosques, lamented the need for social distancing during the holy month.

"It pains me to welcome the glorious month of Ramadan under circumstances that forbid us from prayers in mosques," he said, according to the official Saudi Press Agency.

"It doesn't feel special this year, we don't feel any Ramadan vibes," said Sarah, a mother-of-two in Riyadh.

At a near-empty Al-Aqsa Mosque in Jerusalem, an imam called out the first Friday prayers of Ramadan across a windswept plateau almost devoid of worshippers.

A handful of clerics in face masks knelt below the pulpit, keeping several feet apart to comply with coronavirus restrictions.

"We ask God to have mercy on us and all of humanity and to save us from this lethal pandemic," the imam said.

Ramadan typically draws tens of thousands of Muslims daily to the mosque and the adjoining Dome of the Rock. Worshippers will instead have to watch prayers on television. 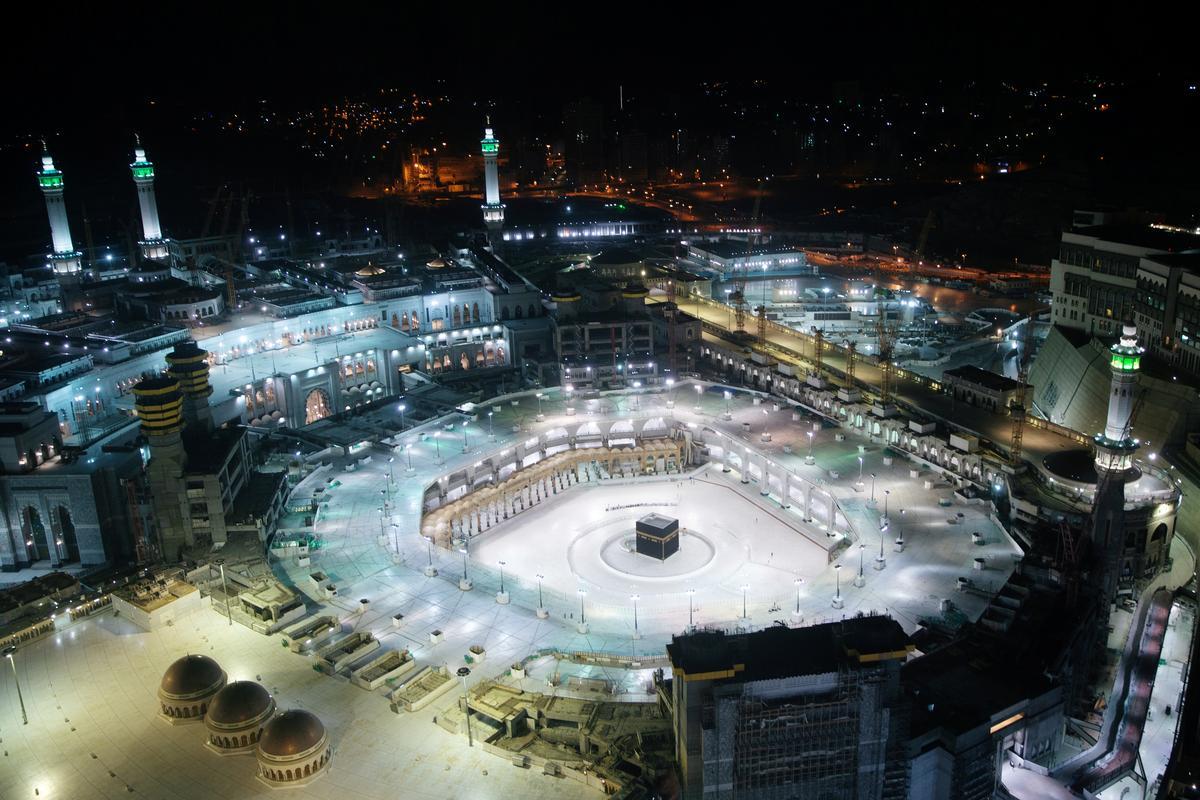