NEW YORK, April 26 (Xinhua) -- The U.S. state of New York will restart its economy after the peak of the coronavirus outbreak in a multi-phase manner, Governor Andrew Cuomo said Sunday.

The strategy is to first reopen the construction and manufacturing sectors, and the second phase will be evaluating businesses on a case-by-case basis, depending on how essential they are, said Cuomo at his daily briefing.

There will be two weeks in between each phase to monitor the effects of the reopening and ensure hospitalization and infection rates are not increasing.

"One caveat is you can't do anything in any region that would increase the number of visitors to that region," the governor said.

Cuomo did not give a specific date for the implementation of the strategy, but he said part of the state could begin reopening as soon as May 15 -- the current deadline for the statewide shutdown.

The regions that would be more likely able to open sooner would be the upstate New York, where COVID-19 infections have been relatively low in the state, said Cuomo.

The reopening of the downstate region, which includes the hardest-hit New York City, Nassau County and Westchester, will be more complicated and requires regional coordination, he noted.

"Multi-state coordination is vital there because the New Jersey, Connecticut, New York City area is basically very intermixed," said Cuomo. "People are going and coming, they live in one place, work in another, so that coordination is important."

New York state continued to see a declining trend of total hospitalizations and net intubations, and the daily fatalities dropped to 367 on Saturday, according to the governor.

He also said the infection rate decreased to 0.8 in the state, referring to the situation where "10 positive people infect about eight others."

"We must keep the rate below 1 to keep slowing the spread," said Cuomo.

The state reported over 299,000 COVID-19 cases as the national total rose to nearly 962,000 by Sunday afternoon. Over 22,000 people statewide have died of the disease, according to data compiled by Johns Hopkins University. 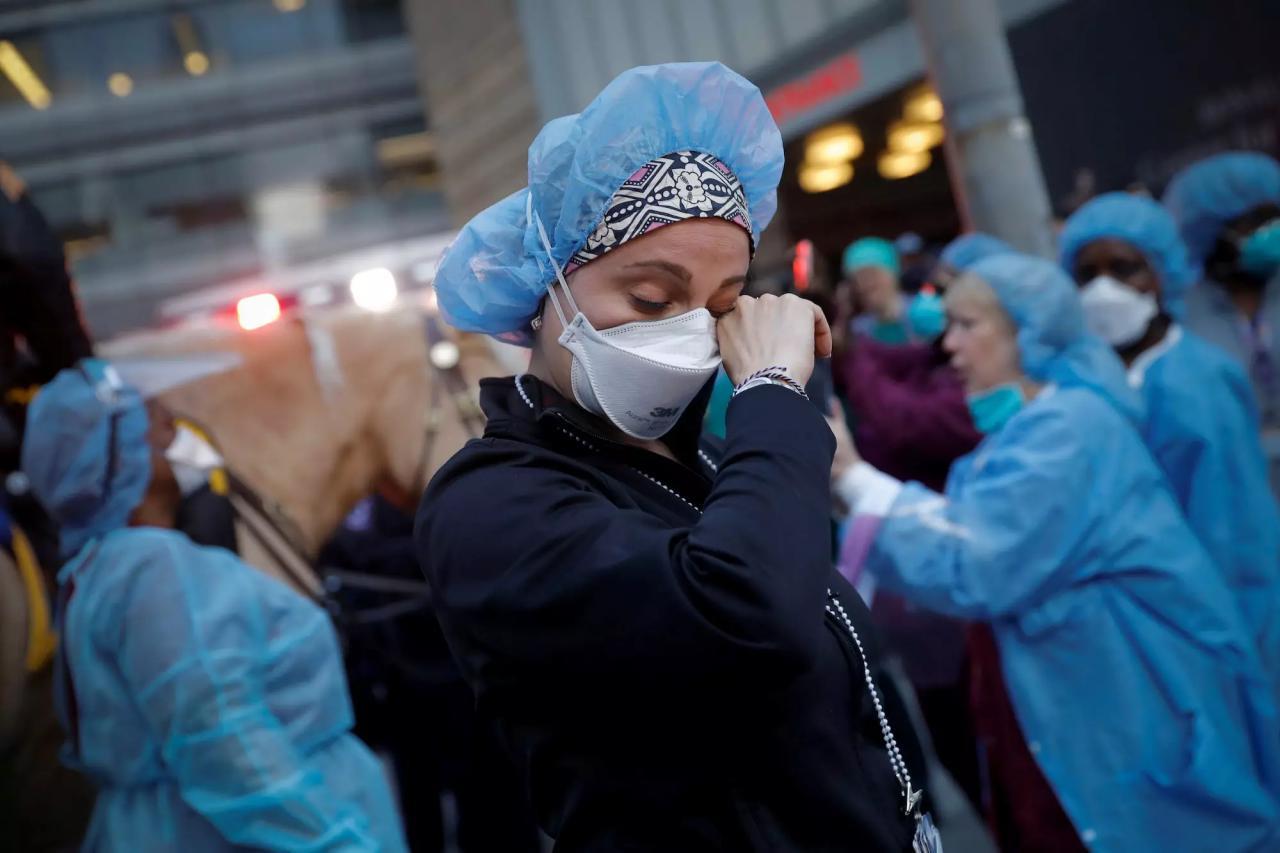