Japan to add Russia, 13 other countries to entry ban list

TOKYO, April 27 (Xinhua) -- Japanese Prime Minister Shinzo Abe said on Monday that Japan will deny the entry of foreign nationals from an additional 14 countries including Russia, in an effort to contain the spread of COVID-19.

The Japanese government made the decision at a task-force meeting on Monday.

Non-Japanese citizens who have been in 14 countries including Russia, Ukraine, Belarus, Saudi Arabia, Qatar, the United Arab Emirates, Kuwait, Oman, Djibouti and Peru, among others, within two weeks of their arrival in Japan will be turned away at the border.

The ban will take effect from Wednesday, said Abe, adding that Japan will extend its suspension of visas issued to foreign travelers to the end of May.

The addition brings the total number of countries and regions covered by the entry ban to 87, including China, South Korea, the United States and European countries.

While Japanese citizens can re-enter the country, they must undergo coronavirus testing and self-quarantine for two weeks to see if they develop symptoms such as high fever and coughing.

Japan has already invalidated the visas and short-stay visa waivers of people coming from countries and regions that are not subject to its entry ban.

The Japanese government initially said the measure would be effective until the end of April. However, it was extended by one month as the outbreak continues to spread around the world. Enditem 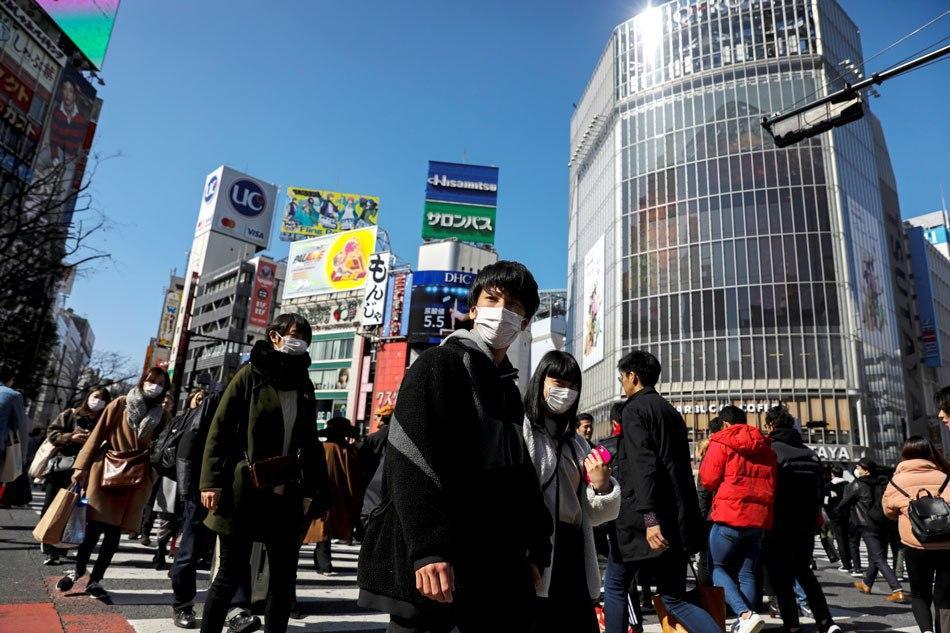