WASHINGTON, April 27 (CGTN) - U.S. President Donald Trump on Monday dismissed allegations by his opponent Joe Biden that he would try to delay the November election as the United States struggles to quell the coronavirus outbreak.

"I never even thought of changing the date of the election. Why would I do that? November 3," Trump told reporters at the White House.

"I look forward to that election, and that was just made-up propaganda. Not by him, but by some of the many people that are working" for Biden, Trump said.

The president cannot by law unilaterally change the date of the election, which is due on November 3.

"Mark my words, I think he is gonna try to kick back the election somehow, come up with some rationale why it can't be held," Biden said during an online fundraiser last week.

After skipping briefings at the weekend, the U.S. president began Monday's briefing by touting "encouraging signs of progress," including the number of new cases declining or being stable in various cities.

"We're seeing very little that we're going to look at as a superseding hotspot. Things are moving along," he said.

According to a tally by the John Hopkins University, the U.S. has reported 987,022 COVID-19 cases, and more than 56,000 people have died, representing more than a quarter of all deaths worldwide. 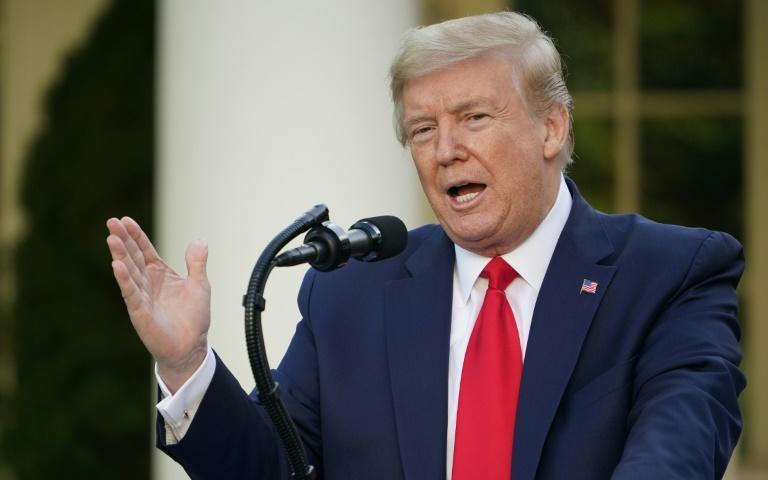