WASHINGTON, April 29 (Sputnik) - A tiny helicopter consisting of a single two-bladed rotor mounted on a four-leg frame will test whether the Martian atmosphere can support flight during the next Mars rover mission scheduled for a July 2020 launch, NASA said in a press release.

"The small, autonomous rotorcraft, will travel with NASA's Mars Perseverance rover, currently scheduled to launch in July 2020, to demonstrate the viability and potential of heavier-than-air vehicles on the Red Planet. Destined to become the first aircraft to attempt powered flight on another planet, NASA's Mars Helicopter officially has received a new name: Ingenuity", the release said on Wednesday.

A red-hued artists’ rendering of the device included with the release shows a rotor and tail-mounted on a sealed box containing atop an otherwise empty frame with four extended legs resting on the ground.

The rover is slated to launch in July or September when Mars and Earth are aligned in a way that minimizes the amount of fuel needed for the year-and-a-half flight to the planet, according to NASA.

The mission will seek signs of habitable conditions in Mars in the ancient past and search for signs of existing microbial life by drilling for samples in rocks and soils, and setting the samples aside for future retrieval, NASA said.

Perseverance will also test possible methods of producing oxygen from the Martian atmosphere, identify sources of water, and examine other conditions to prepare for a future landing by astronauts on the planet, NASA added. 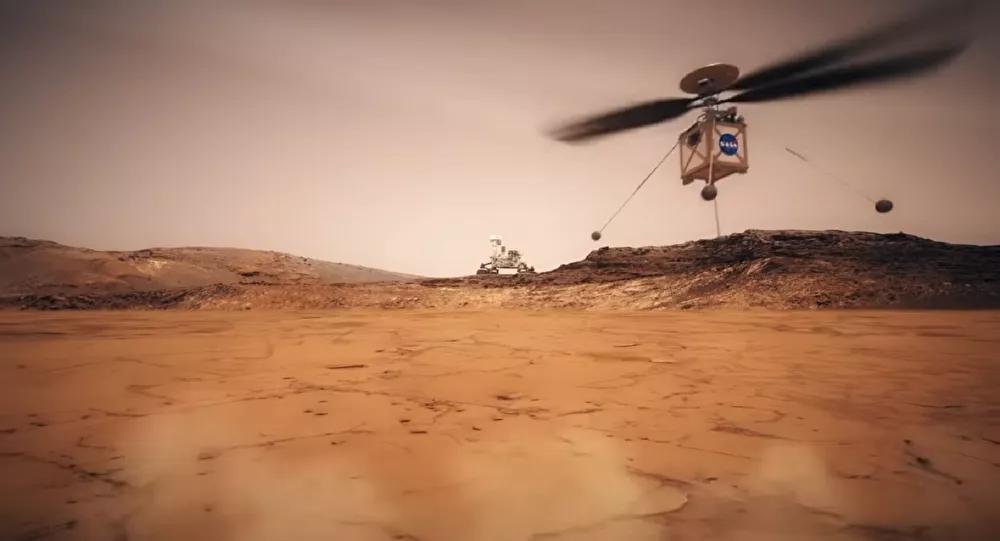