Bill Gates: Asia's Testing and Contact Tracing Ability is Far Better than That of the US

WASHINGTON, April 30 (CNN) - Speaking at CNN's coronavirus global town hall, Bill Gates said the United States' ability to conduct mass testing and contact tracing is not yet at the same level as many countries in Asia that have been battling the pandemic for months now.

"The United States does not prioritize who gets tested, and the United States does not make sure you get answers within 24 hours. We haven't authorized kiosks or home testing. That's still a regulatory thing that's tied up. So our testing numbers should never be compared," said Gates, the co-chair of the Bill and Melinda Gates Foundation -- one of the world's biggest charities and public health donors.

"Our system fails to have the prioritization that would give us an accurate picture of what is going on," he added.
The case of South Korea: The East Asian country has garnered significant praise for its handling of the pandemic, because of its early emphasis on mass testing, contact tracing and social distancing.

To date, South Korea has recorded fewer than 11,000 Covid-19 cases and fewer than 250 deaths, according to a tally by Johns Hopkins University.

The number of new cases have been steadily decreasing, and authorities in Seoul reported no new locally transmitted cases local yesterday, the first time that has happened in weeks. 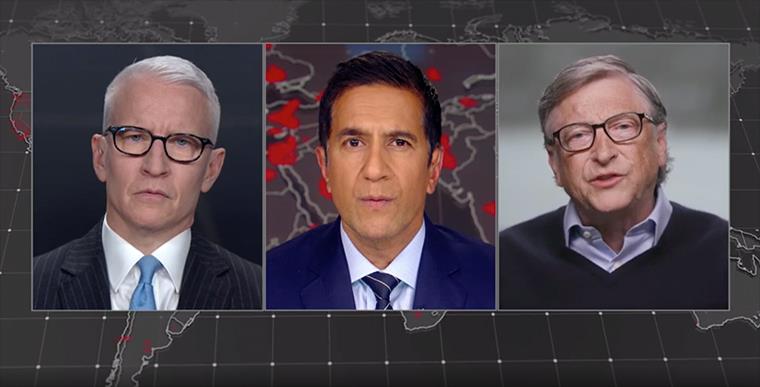