Chinese Ambassador to UK: China is A COVID-19 Victim, Not Producer of the Pandemic

LONDON, May 1 (CGTN) - The Chinese ambassador to the United Kingdom has said that China is a victim of the COVID-19 outbreak, not a source of the problem, refuting unfounded conspiracy theories spread by certain western countries, especially the United States.

"It was found in China. It was found in many other places that have no connection with China at all. So you can't point your fingers at China for the outbreak and we have done our best," Liu Xiaoming said during an in-depth interview with the BBC's HARDtalk television program on Tuesday.

In the interview, Liu clarified several points of contention related to China on the topic of COVID-19 including the origin of the virus and various accusations of a cover-up.

Liu firstly denied the claim that Chinese city of Wuhan is the origin of the COVID-19 outbreak as "it is still debatable," saying that it should be remained a matter of science.

"I think it was first discovered in Wuhan, China, but I can't say it originated from Wuhan, because I would leave it to the scientists," said Liu, adding that he has read reports about cases detected much earlier than the first reported case in Wuhan elsewhere outside of China."

"We cannot say it's originated from China," he said. "It can be found on aircraft carriers. It can even be found in the submarine. It is found in some countries which have very little connection with China and also can be found in groups of people who have never been to China."

The ambassador also gave a brief timeline on China's initial response during the early phase of the virus outbreak responding to doubts on "cover-ups."

Liu said that the first case was reported on December 27 by Dr. Zhang Jixian to the health authorities and then the central government was informed.

China notified the World Health Organization(WHO) four days later on December 31 and shared genetic sequencing with WHO and the rest of the world in the shortest possible time, the ambassador said.

"I think China has been straightforward, transparent and swift in terms of sharing information with the WHO," he said, stressing that countries should look more to the international health organization for any questions of Chinese communication on the outbreak.

Countries shouldn't rely on the U.S. media and politicians as the only sources of information, Liu added, as he noticed many questions from the host quoted claims from American media and leaders such as U.S. President Donald Trump and Secretary of State Mike Pompeo.

The ambassador underlined that China has been assisting the international community in fighting the virus including the U.S., and that China always wants to have good relations with the U.S. as they "gain from cooperation and lose from confrontation." 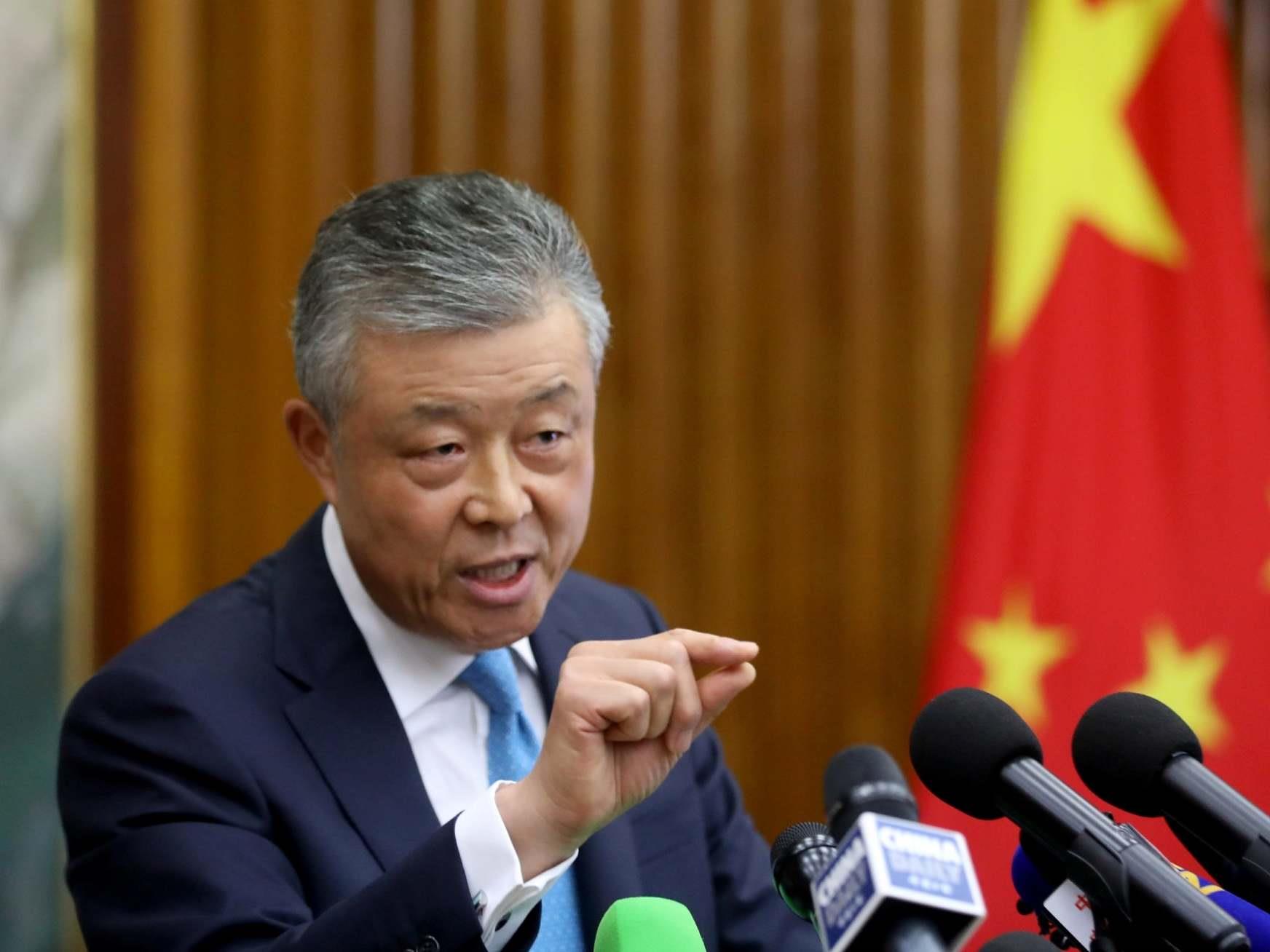