"These weapons were designed for one purpose and one purpose only: to kill the largest number of people in the shortest amount of time. There is no use and no place for such weapons in Canada," said Trudeau. "Effective immediately, it is no longer permitted to buy, sell, transport, import or use military-grade assault weapons in this country."

The ban includes 1,500 types of firearms which licensed gun owners will no longer be allowed to sell, transport, import or use in Canada. Gun owners will be given a two-year amnesty period to comply with the ban and should expect some legislation to be passed in the coming months to provide "fair compensation" to anyone giving up any of these firearms, Trudeau said.

The ban comes after officials say a Nova Scotia gunman, identified as Gabriel Wortman allegedly targeted a former partner in a killing spree. Dressed as a Canadian police officer, the 51-year-old man was armed with two semi-automatic rifles and several semi-automatic pistols, according to the Royal Canadian Mounted Police. One of the weapons was described as a 'military-style assault rifle.' Wortman was shot dead after leading Canadian authorities on a nearly 12 hour and 50-miles-long manhunt.

Canada has one of the highest rates of gun ownership on Earth, and a poll released Friday showed nearly four out of five Canadians support the ban.

Some opponents say the ban will not help keep Canadians safe and question how it will protect citizens from firearms bought illegally. The Nova Scotia shooter did not have permits for his firearms, and its believed they were bought illegally in Canada and the U.S. 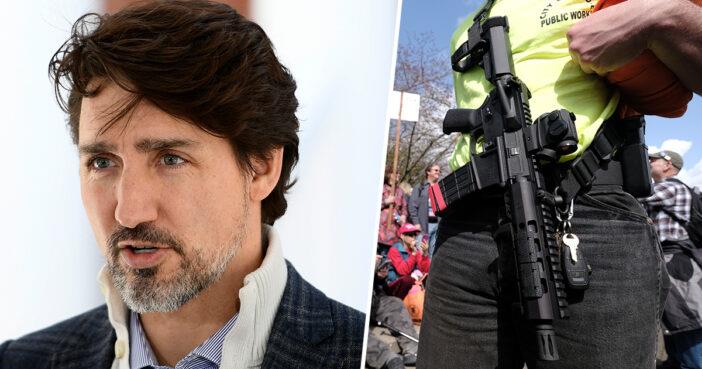