MEXICO CITY, May 14 (Reuters) - Brazil and Mexico on Thursday reported a record one-day rise in new coronavirus cases, just as leaders of both countries intensified attempts to reopen their economies even as the spread of the virus in Latin America is seemingly gathering pace.

Brazilian right-wing populist President Jair Bolsonaro and Mexico's leftist leader Andres Manuel Lopez Obrador have frequently swum against the tide of scientific opinion since the crisis broke out, first by playing down the threat of the virus and more recently by focusing on reopening their economies despite rising cases.

The surge in virus cases across chunks of Latin America comes at a time when other regions, especially Europe and China, are seeing a downward trajectory of new infections.

Brazil, the hardest-hit country in Latin America, registered a daily record of 13,944 new cases, bringing its total to 202,918 confirmed cases of the virus and 13,933 deaths since the outbreak began, according to health ministry data.

Mexico, the second most impacted nation in the region, reported 2,409 new infections on Thursday, to bring its total confirmed COVID-19 cases to 42,595. An additional 257 coronavirus deaths brought total fatalities to 4,477.

"We are in the most difficult moment of the first wave of the epidemic," Mexico's coronavirus tsar, Hugo Lopez-Gatell, said on Thursday.

He said Mexico was at the peak of its pandemic cycle and "could not relax measures", warning that the country needed to embrace a "new normality" amid threats of virus resurgence. On Thursday, government data showed more than half of hospitals in the capital were saturated with coronavirus patients.

Lopez-Gatell's comments jarred with intensifying preparations to ease restrictions and reopen Mexico's economy, especially the automotive sector and factories near the US border to help supply chains vital for US manufacturing companies.

Similar efforts to fire up the economy were gathering pace in Brazil, as Bolsonaro urged business leaders to push for lifting lockdown orders in Sao Paulo, the financial center.

In a videoconference, Bolsonaro told a gathering of business leaders to "play tough" with Sao Paulo Governor Joao Doria, who has issued social distancing orders and said he will not comply with Bolsonaro's latest decree to reopen gyms and beauty salons.

Sao Paulo, Brazil's most populous state and home to a third of its economic output, has seen hospitals pushed to the limit as it records the worst outbreak in the country.

In Nicaragua, where leftist President Daniel Ortega has faced criticism for not enacting any lockdown measures, the US on Thursday told American citizens there and their "families to shelter in place".

"US citizens remaining in Nicaragua must ensure they have an adequate supply of food, water, and medicine to shelter for at least two weeks," the embassy said in a statement.

Nicaragua has 25 reported cases, but doctors in swamped hospitals have told Reuters the number of cases is significantly higher. 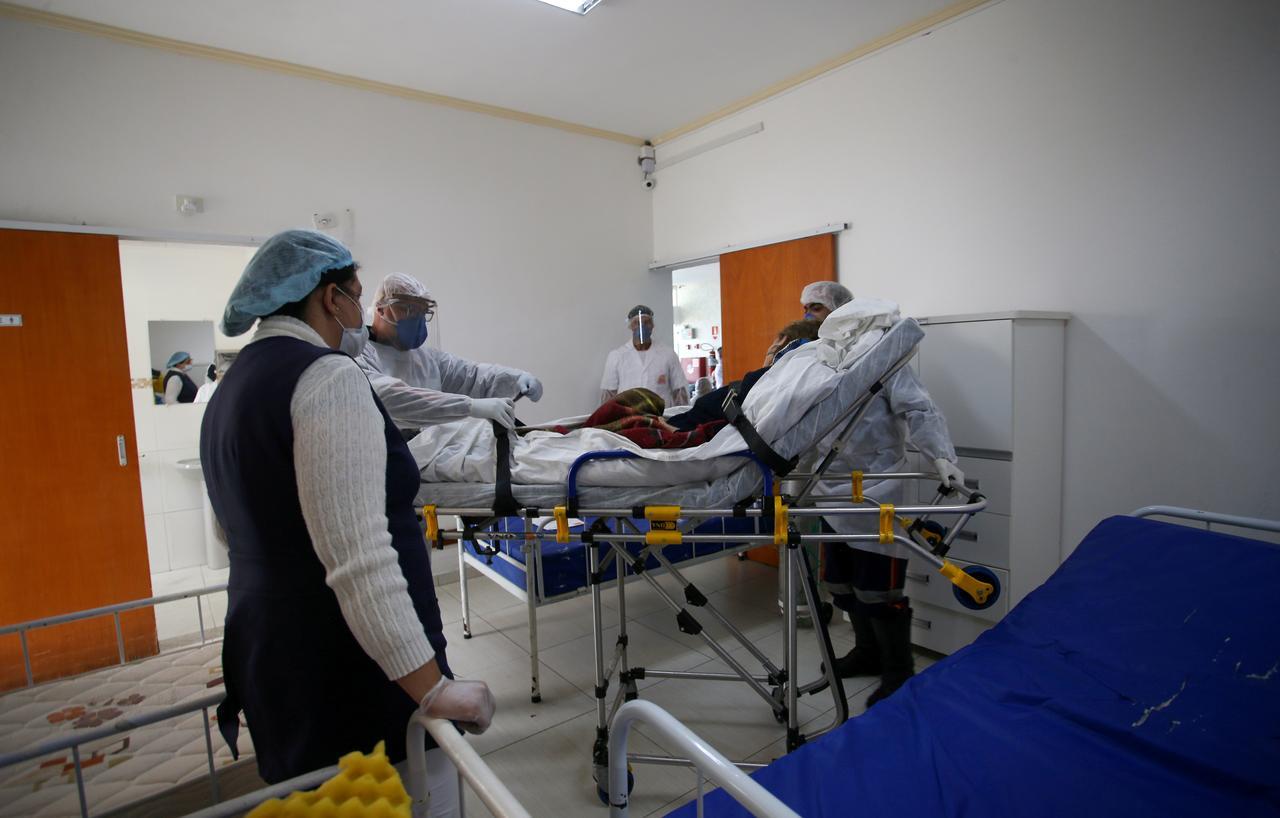