"Space is going to be the future, both in terms of defense and offense and so many other things," Trump said at a ceremony in the Oval Office. "This is really to unfurl the flag, but we've been doing this now for quite a while."

The dark blue flag, featuring a delta wing, an elliptical orbit and three large stars, will stand in the Oval Office alongside other service branch flags.

The sixth and the youngest branch of the U.S. Armed Forces, the Space Force was officially established as an independent military service in December 2019.

Approximately 16,000 military and civilian personnel have been assigned to the Space Force, according to a proclamation issued by the White House on Friday.

"We have, I call it the Super Duper Missile, and I heard the other night 17 times faster than what they have right now," he said.

A Pentagon spokesperson said on Friday that they do not have any information to give on what Trump was saying.

"I'm going to have to refer you back to the White House on that," the spokesperson said.

White House press secretary Kayleigh McEnany, for her part, told a briefing that she does not have any new information on that at this point.

"Yeah I would just refer you back to the president's remarks and the Pentagon," McEnany added. 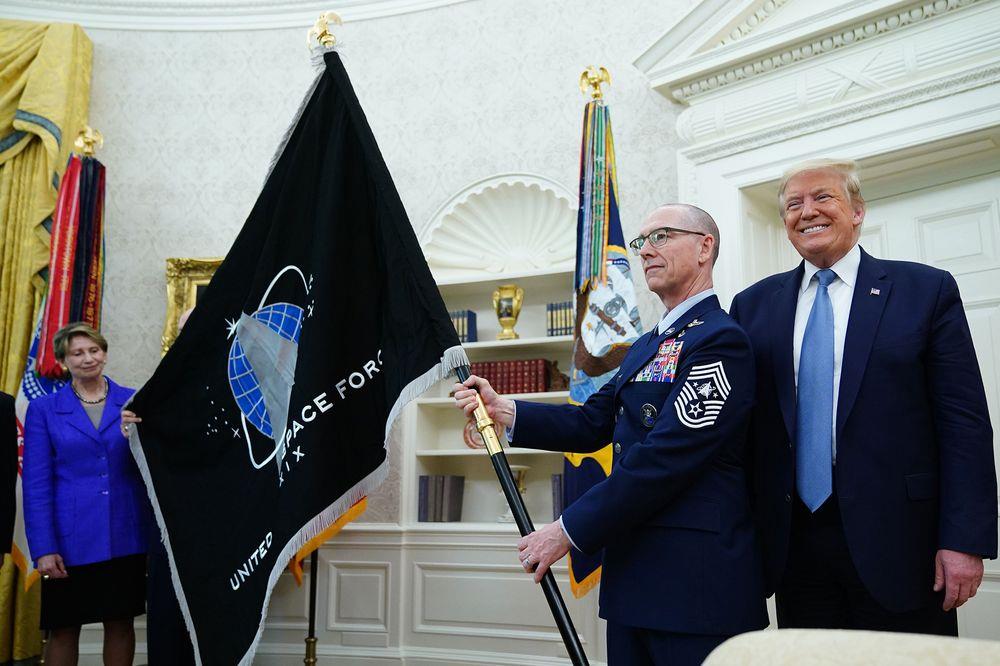