Trump Fires Back after Obama Swipes at His Coronavirus Response

WASHINGTON, May 17 (Xinhua) -- U.S. President Donald Trump fired back on Sunday at his predecessor, Barack Obama, who swiped at how the current administration has handled the coronavirus outbreak.

"Look, he was an incompetent president," Trump said of Obama, after returning to the White House by Marine One. "That's all I can say. Grossly incompetent."

In a tweet later, the Republican called the Obama administration "one of the most corrupt and incompetent in U.S. history," claiming that Obama and his deputy, Joe Biden, are the reasons why he's in the White House.

The comments came a day after Obama, a Democrat, issued a thinly veiled criticism of the Trump administration's handling of the coronavirus pandemic.

"More than anything, this pandemic has fully, finally torn back the curtain on the idea that so many of the folks in charge know what they're doing," Obama said during a virtual commencement speech on Saturday. "A lot of them aren't even pretending to be in charge."

In a private call with supporters earlier this month, details of which was leaked to media outlets, Obama called the Trump administration's coronavirus response "an absolute chaotic disaster."

"It's part of the reason why the response to this global crisis has been so anemic and spotty," Obama reportedly said. "It would have been bad even with the best of governments."

More than 1.48 million people in the United States have infected with the coronavirus, with at least 89,550 deaths, according to a tally from Johns Hopkins University on Sunday. Both numbers are far higher than those in any other country or region.

The Trump administration has aggressively defended its handling of the public health crisis, while critics have pointed out that its leaders and officials ignored early warnings, were slow to act and not responding adequately, and tried to politicize the situation to shift blames.

The trading of barbs also occurred against the backdrop that Trump, the presumptive GOP presidential nominee, is set to be challenged by Biden, the presumptive Democratic nominee, in this year's election. Obama has thrown support behind Biden for the White House. 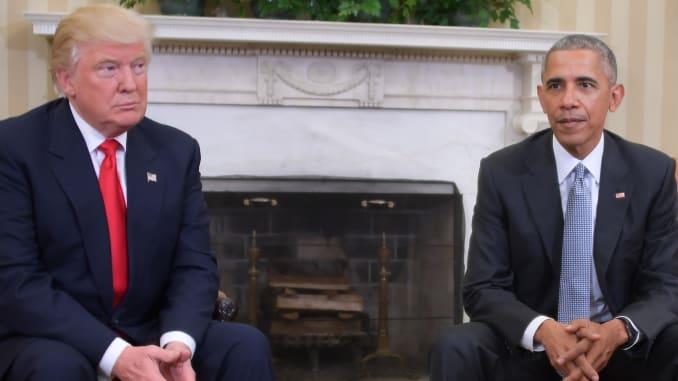