France Revises Down COVID-19 Death Toll due to Counting Error

PARIS, May 19 (Xinhua) -- France's Health Ministry on Tuesday revised down the country's death toll from the novel coronavirus by 217 from 28,239 on Monday, citing "an error of double counting in several nursing homes."

The death toll stood at 28,022 as of Tuesday, the ministry said in a statement.

On May 17, France reported an oddly high daily death toll of 483. of those, hospitals reported 54 new deaths while nursing homes, which represent a third of the country's total fatalities, reported a one-day rise of 429 deaths.

Tuesday's figures from the Health Ministry also showed that 524 people tested positive for COVID-19 in the last 24 hours, taking the total cases of infection in France to 143,427.

Hospitalized patients fell by 547 to 18,468, with 1,894 in intensive care units, down by 104 in one day, consolidating an improvement in the sanitary crisis.

Positive indicators had encouraged the French government to unwind restrictions, allowing the country a gradual return to normality. Health officials, however, urged caution and recommended people to show high vigilance to prevent a second wave.

"De-confining does not mean the end of the epidemic. As we know, the virus is still here, it is dangerous and deadly. The evolution of the epidemic is only linked to our behaviors," French Director General for Health Jerome Salomon told a press meeting.

"For our safety, we must respect these rules (barriers gestures and social distancing). We had curbed the epidemic during the confinement, we should not press the accelerator now," he added.

Salomon said that since the lockdown exit on May 11, 50,000 tests have been conducted daily, adding that the testing capacity would be ramped up in the coming days. 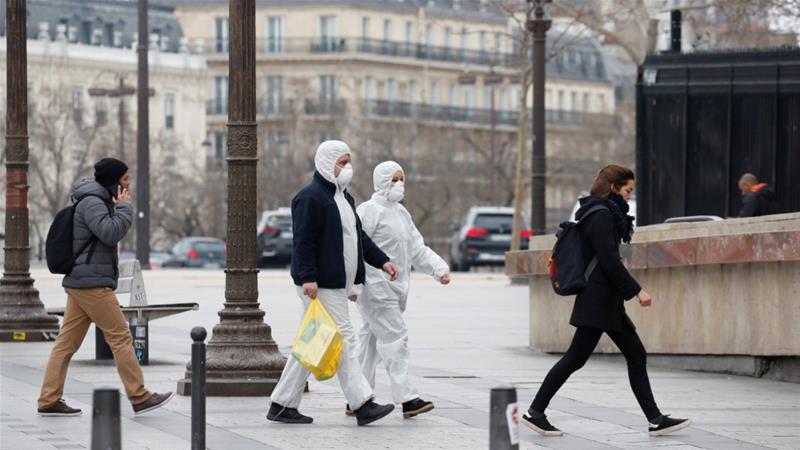