Taiwan President Says Wants Talks with China, but Not 'One Country, Two Systems'

TAIPEI, May 20 (Reuters) - Taiwan wants dialogue with China but cannot accept its proposal for “one country, two systems”, President Tsai Ing-wen said on Wednesday after being inagurated for her second and final term in office.

“Here, I want to reiterate the words ‘peace, parity, democracy, and dialogue’. We will not accept the Beijing authorities’ use of ‘one country, two systems’ to downgrade Taiwan and undermine the cross-strait status quo. We stand fast by this principle,” she said in a speech.

China uses this system, which is supposed to guarantee a high degree of autonomy, to run the former British colony of Hong Kong, which returned to Chinese rule in 1997. It has offered it to Chinese-claimed Taiwan too, though all major Taiwanese parties have rejected it. 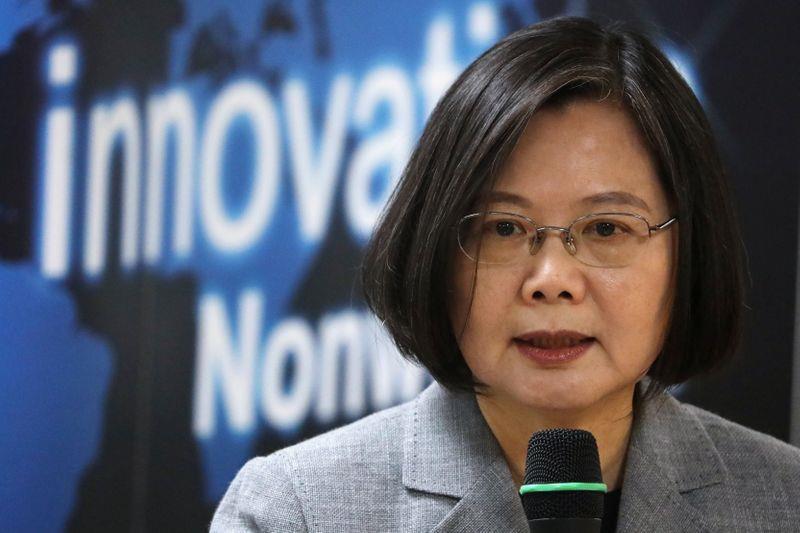