Trump: U.S. Not to Shut Down in Case of 2nd Coronavirus Wave

WASHINGTON, May 21 (CGTN) - U.S. President Donald Trump said on Thursday that the United States would not close in the case of a second coronavirus wave.

"A permanent lockdown is not a strategy for a healthy state or a healthy country. Our country wasn't meant to be shut down," the president said. "A never-ending lockdown would invite a public health calamity. To protect the health of our people we must have a functioning economy."

All 50 states have announced plans to begin loosening restrictions aimed at curbing the spread of the coronavirus, opening their economies at varying speeds. Health experts have warned of the likelihood of a second wave of the virus coming fall or winter.

The coronavirus has sickened over 1.5 million Americans and caused over 90,000 domestic deaths. The death toll is expected to reach 100,000 by the beginning of June, according to the Centers for Disease Control and Prevention.

On the same day, President Trump tweeted that he would order U.S. flags lowered to half-staff for three days in honor of Americans who have died from the novel coronavirus.

"I will be lowering the flags on all Federal Buildings and National Monuments to half-staff over the next three days in memory of the Americans we have lost to the Coronavirus," Trump said.

"On Monday, the flags will be at half-staff in honor of the men and women in our Military who have made the Ultimate Sacrifice for our Nation," he added. Monday marks the U.S. Memorial Day holiday, observed in remembrance of those who have died in service. 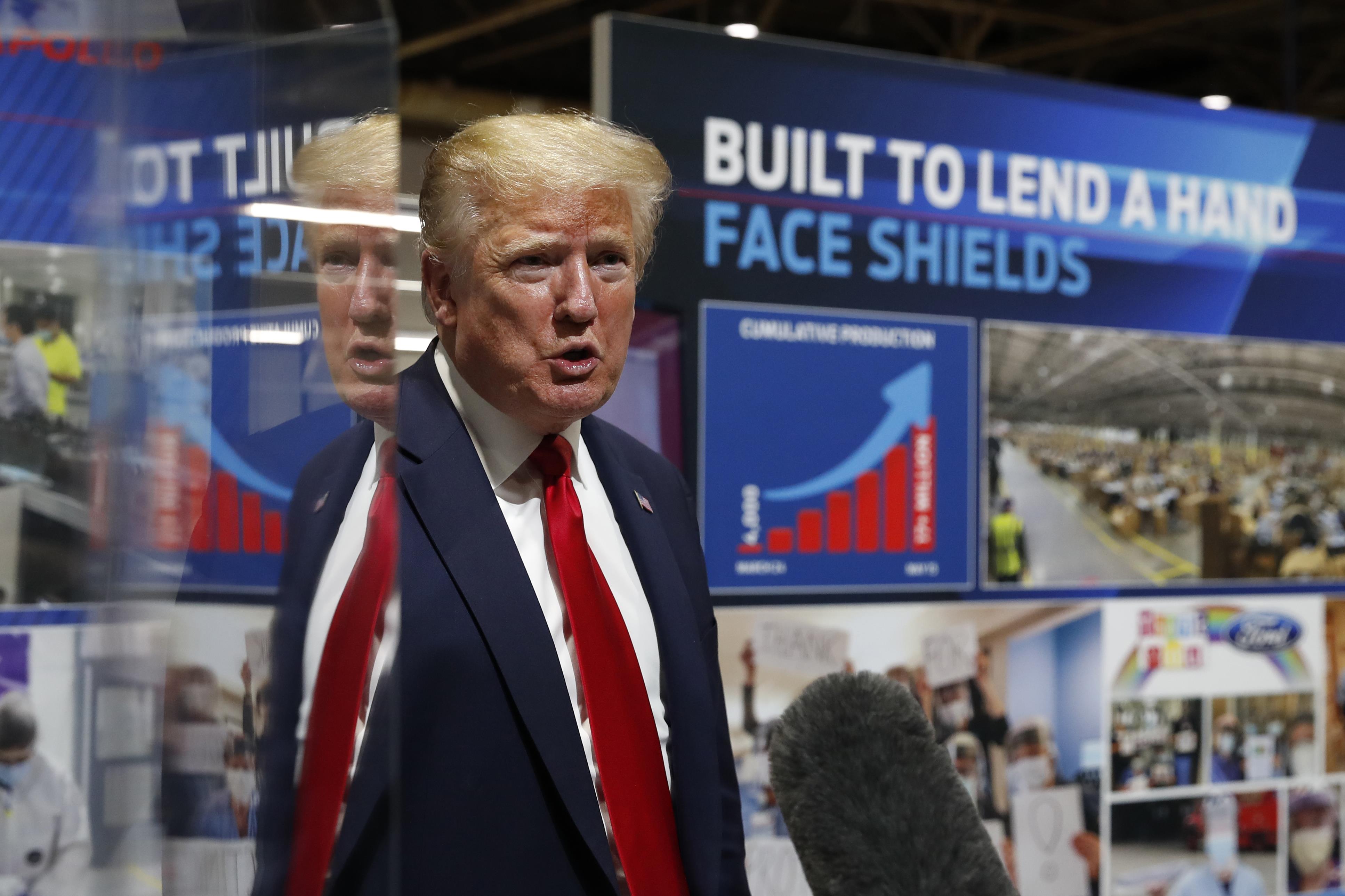