WASHINGTON, May 25 (Xinhua) -- Two NASA astronauts will fly on SpaceX's Crew Dragon spacecraft to the International Space Station (ISS) on Wednesday, the first launch of American astronauts on an American rocket from American soil since 2011.

NASA and SpaceX key managers have given the "go" for the launch, she said, adding the team continues to make progress toward the mission.

"The only thing need to do is how to control the weather on the launch day," Lueders said.

SpaceX successfully test-fired the Falcon 9 rocket last Friday that will carry its Demo-2 Crew Dragon and NASA astronauts Robert Behnken and Douglas Hurley to space. The so-called "static fire" test ignited all nine of the Falcon 9's first-stage engines briefly to ensure the rocket is ready for flight.

NASA and SpaceX completed a full rehearsal of launch day activities with the two astronauts on Saturday.

The two astronauts entered a two-week quarantine earlier this month to get ready for the launch.

Spending the final two weeks before liftoff in quarantine helps ensure the astronauts arrive healthy, protecting themselves and their colleagues already on the ISS, said NASA.

Liftoff of the SpaceX Falcon 9 rocket and Crew Dragon spacecraft is scheduled for Wednesday at 4:33 p.m. Eastern Time from Kennedy's Launch Complex 39A.

The two astronauts are scheduled to arrive at the ISS about 24 hours after launch.

After successfully docking, Behnken and Hurley will be welcomed aboard station and will become members of the Expedition 63 crew. They will perform tests on Crew Dragon in addition to conducting research and other tasks with the space station crew.

The mission will conclude with the Crew Dragon undocking from the station, deorbiting and returning Behnken and Hurley to Earth with a safe splashdown in the Atlantic Ocean, according to NASA.

The mission duration has not been announced yet. NASA said it will be determined once on station based on the readiness of the next commercial crew launch.

Demo-2 will be the first crewed launch to orbit from American soil since NASA's shuttle program ended in 2011. Since then, the space agency has relied on Russian Soyuz rockets and spacecraft to get its astronauts to and from the ISS.

The mission will also be SpaceX's final test flight to validate its crew transportation system, including the Crew Dragon, Falcon 9, launch pad and operations capabilities.

During the mission, the crew and SpaceX mission controllers will verify the performance of the spacecraft's environmental control system, displays and control system, maneuvering thrusters, and autonomous docking capability, among others. 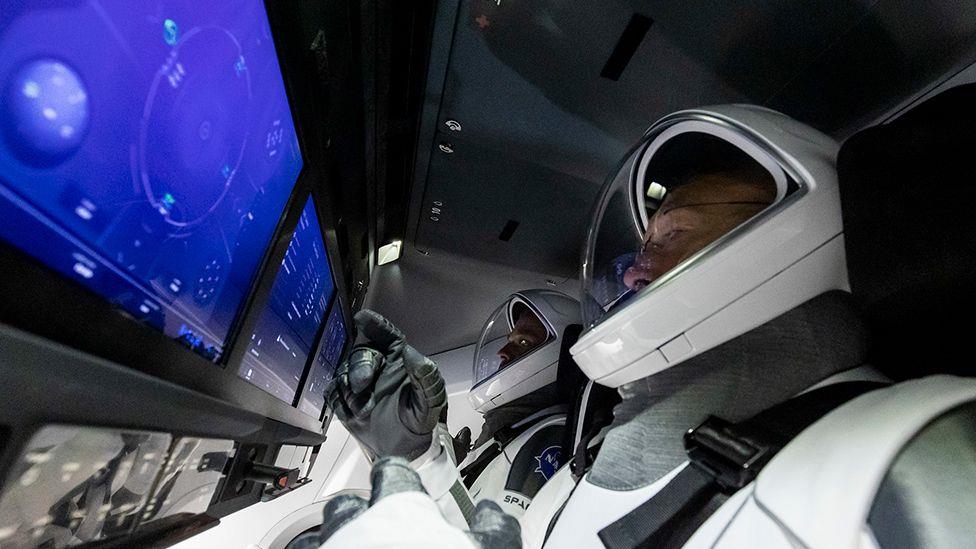