WASHINGTON, May 26 (Xinhua) - Four police officers in the U.S. state of Minnesota were fired Tuesday after a black man died while in police custody and an online video showed the man being pinned down by his neck.

In the video, recorded by a bystander, a police officer pressed his knee into a black man's neck during an arrest in Minneapolis on Monday evening, as the man repeatedly said "I can't breathe" and "please, I can't breathe."

After a few minutes, the man, lying face down in the street with his hands cuffed behind his back, became silent and motionless. The officer continued to pin the man to the pavement with his knee as bystanders begged the officer to stop, the video showed.

The video did not show what happened before the officer pinned the man to the ground. A Minneapolis Police Department statement said the man "appeared to be suffering medical distress" and the officers called for an ambulance. The man died shortly after being taken to hospital.

The victim was identified as George Floyd in his 40s. It's reported that police initially found him sitting on top of a blue car and "appeared to be under influence" when officers responded to a call about a man suspected of forgery at a grocery store.

The police said Floyd matched the description of the forgery and he resisted arrest.

The FBI was joining the investigation over Floyd's death, Minneapolis Police Department said in a statement.

"Being black in America should not be a death sentence," Jacob Frey, mayor of Minneapolis, said in a statement on Tuesday.

The four responding officers involved in the case have been terminated, the mayor tweeted.

The video almost immediately evoked the country's memory about the case of Eric Garner, an unarmed black man who died in New York police custody in 2014, after an officer held him in a chokehold.

Garner's repeated plea of "I can't breathe" at the time has since then become a rallying cry at demonstrations against police misconduct around the country. 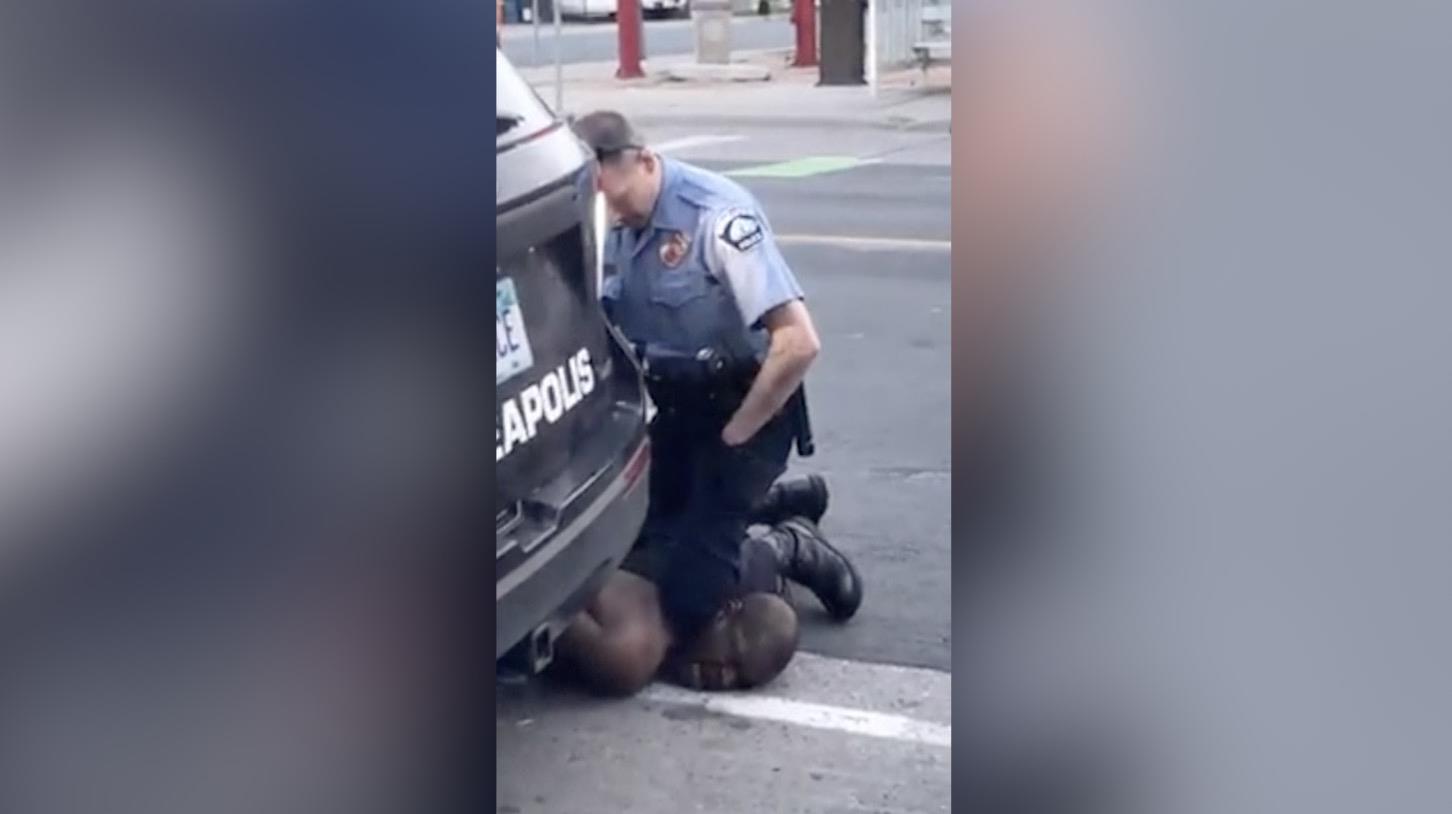