WASHINGTON, May 27 (AFP) - The United States on Wednesday (May 27) revoked Hong Kong's special status under US law, paving the way to strip trading privileges for the financial hub as Washington accused China of trampling on the territory's autonomy.

Hours before China's parliament was set to take a key vote on a new Hong Kong security law that has sparked protests, Secretary of State Mike Pompeo certified to Congress that Hong Kong "does not continue to warrant treatment" under US laws that it has enjoyed even after its handover to China in 1997.

Under a law passed last year to support Hong Kong's protesters, the US administration must certify that the territory still enjoys freedoms promised by Beijing when negotiating with Britain to take back the colony.

"No reasonable person can assert today that Hong Kong maintains a high degree of autonomy from China, given facts on the ground," Pompeo said in a statement.

The determination means that Hong Kong could lose its trading privileges, including lower tariffs than the mainland, with the world's largest economy.

"The steps will be considered and they will be as targeted as possible to change behaviour," Stilwell told reporters, while acknowledging it was unlikely Beijing would change course.

He said the United States did not want to hurt the people of Hong Kong, adding: "This decision was made by the government in Beijing, and not by the US."

China's National People's Congress is expected on Thursday to take another step on the security law that would ban secession, subversion, terrorism and foreign interference - a step that Hong Kong activists say abolishes basic freedoms.

"While the United States once hoped that free and prosperous Hong Kong would provide a model for authoritarian China, it is now clear that China is modelling Hong Kong after itself," Pompeo said. 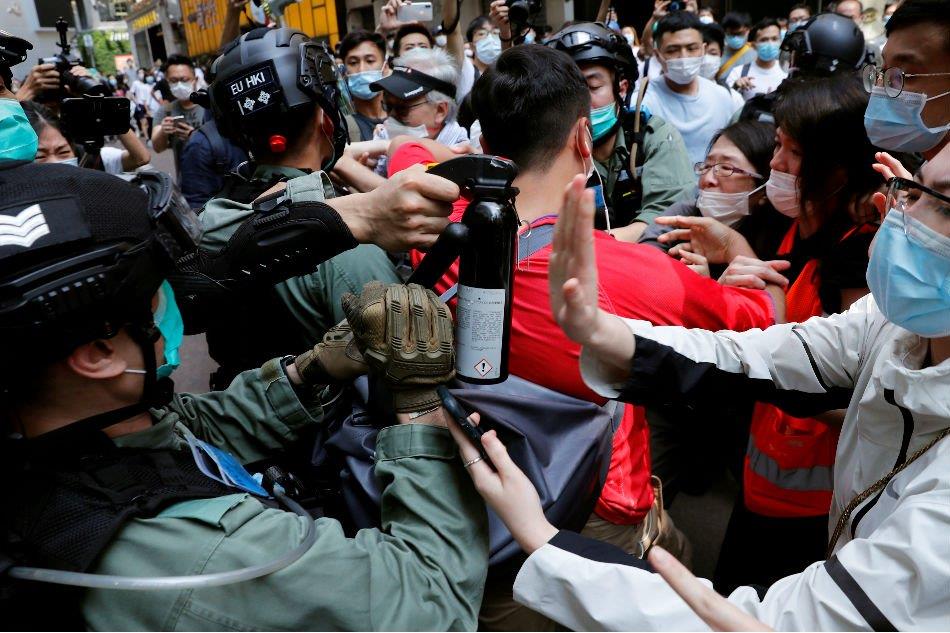