Xi told Chinese military officers on the sidelines of the annual meeting of the National People’s Congress (NPC), China’s top legislature, that the People’s Liberation Army (PLA) had performed well in helping to contain the Covid-19 outbreak but should explore new ways of training during the pandemic.

Xi Jinping, as quoted by state news agency Xinhua, said, "It is necessary to explore ways of training and preparing for war because epidemic control efforts have been normalised."

"It is necessary to step up preparations for armed combat, to flexibly carry out actual combat military training, and to improve our military's ability to perform military missions," said Xi Jinping on the sidelines of the week-long sitting of the National People's Congress (NPC), the national parliament of China.

This follows a decision to increase the budget for the Chinese military by $178 billion -- or 6.6 per cent -- over last year's allocation.

Xi Jinping's direction to the Chinese military to be battle-ready has come at a time when tension is growing between India and China in Ladakh and Sikkim sectors, and also at the Lipulekh tri-junction with Nepal. China is understood to have played a role in the recent assertion by Nepal over Lipulekh, Kalapani and Limpiyadhura areas of Pithoragarh district in Uttarakhand.

The situation along the Line of Actual Control (LAC) in Ladakh is tense. Indian and Chinese soldiers are locked in an eyeball-to-eyeball face-off in Galwan Valley, Pangong Tso, Demchok and Daulat Beg Oldie.

The tension began on May 5, when around 250 soldiers from the Indian and Chinese sides engaged in a face-off. Over two days, some 100 soldiers from both sides received injuries.

Defence ministry spokesman Wu Qian said China was facing heightened security threats, especially from Taiwan’s independence-leaning ruling party.
“The Democratic Progressive Party [DPP] authorities in Taipei are relying on external forces and going further down the path of separatism,” Wu said on the sidelines of the parliamentary gathering. “The situation against separatism is getting grimmer.”

Last week, US Secretary of State Mike Pompeo sent his congratulations to Taiwanese President Tsai Ing-wen on the start of her second term in office, along with an approval for the United States’ sale of US$180 million worth of submarine-launched torpedoes to the self-ruled island. 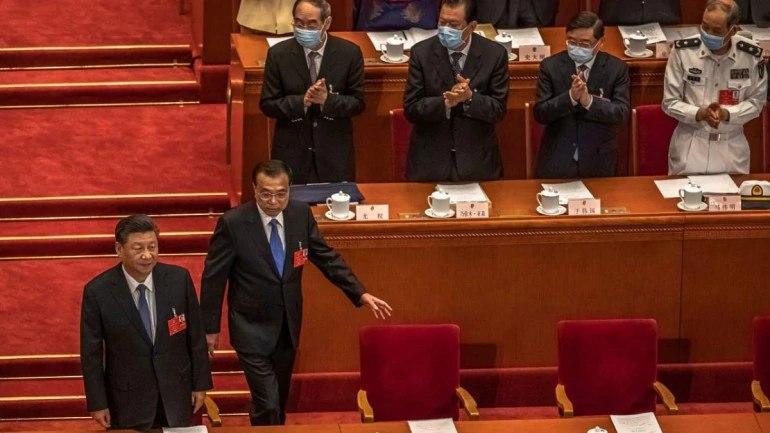