WASHINGTON, May 29 (Xinhua) -- Minneapolis Mayor Jacob Frey announced on Friday a mandatory nighttime curfew following three straight nights of growing protests and violence in the biggest city in U.S. midwest state of Minnesota over the death of George Floyd, an unarmed black man, in police custody.

The curfew is for all public places including streets, stretching from 8 p.m. to 6 a.m. local time. It's in effect beginning Friday night, and will happen again at 8 p.m. Saturday.

Violating this order will result in a misdemeanor, subject to a 1,000-U.S.-dollar fine or imprisonment for up to 90 days, said a CBS News report.

Also on Friday, Mayor Melvin Carter in the next-door city of St. Paul said that he had signed an order of local emergency that would also impose a curfew starting Friday.

"All law enforcement, fire, and medical personnel, as well as other personnel authorized by the City of Minneapolis, City of St. Paul, the Minnesota Department of Public Safety, Minnesota State Patrol, or Minnesota National Guard, are exempt from the curfew," Frey said.

Floyd, aged 46, died on Monday evening shortly after Derek Chauvin, a white police officer, held him down with a knee on his neck though he repeatedly pleaded, "I can't breathe," and "please, I can't breathe." Chauvin was arrested earlier on Friday and charged with three-degree murder and manslaughter amid a national outrage following Floyd's death.

Minneapolis has been severely damaged after three nights of protests and riots, with fires burning and businesses looted. The police precinct closest to where Floyd was captured on video was set on fire late Thursday night.

Minnesota Governor Tim Walz on Thursday declared a state of emergency and activated the Minnesota National Guard to restore order. 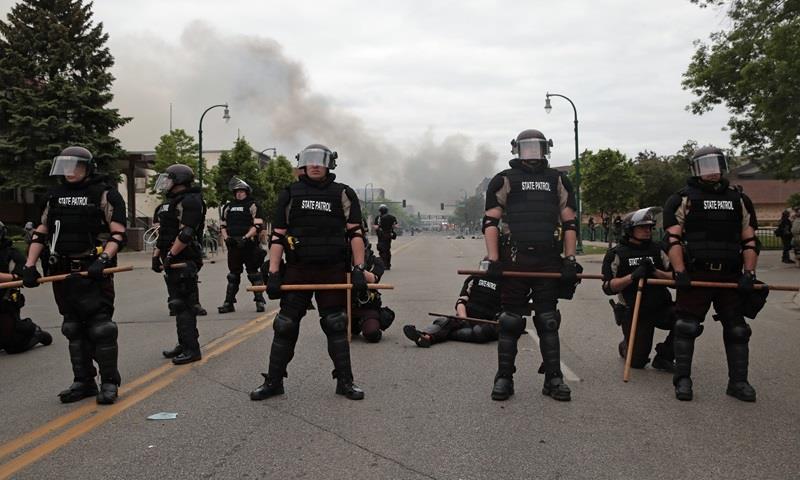