WASHINGTON, May 31 (AFP) - NASA astronauts entered the International Space Station on Sunday (May 31) after a landmark 19-hour journey on the first crewed US spacecraft in nearly a decade, a triumph for SpaceX and private enterprise.

The arrival completed the first leg of the trip, designed to test the capabilities of the Crew Dragon capsule. But the mission will only be declared a success when the astronauts return safely to Earth in a few months' time.

The spaceship's hatch opened at 1.02pm Eastern Time (1702 GMT) as Bob Behnken and Doug Hurley carried out final procedures before crossing the threshold about 20 minutes later.

The five men posed for photos and then NASA administrator Jim Bridenstine spoke to the crew from mission control in Houston.

"Welcome to Bob and Doug," said Bridenstine. "I will tell you the whole world saw this mission, and we are so, so proud of everything you have done for our country."

"It's great to get the United States back in the crewed launch business and we're just really glad to be on board this magnificent complex," replied Hurley.

Russian space chief Dmitry Rogozin also offered his congratulations to both NASA and Elon Musk, the boss of the private aerospace company SpaceX that built the Crew Dragon capsule.

The capsule spent 19 hours chasing down the station at speeds of up to 28,000 kph, before carefully aligning to its target and slowing down to a crawl for the delicate docking procedure, which took place over northern China. 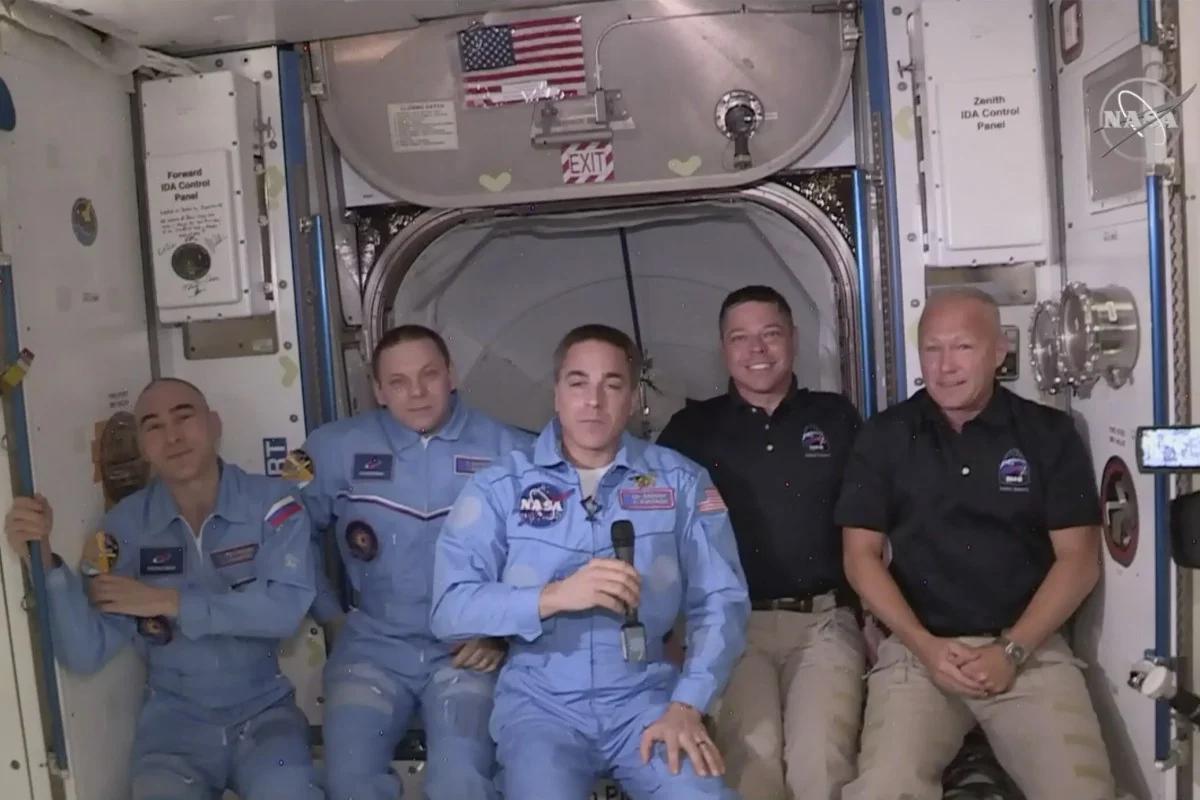