McConnell said on Tuesday that he objected to Schumer's resolution because it focused on Trump instead of the broader issue at hand.

Schumer said Republican lawmakers are focused on avoiding upsetting Trump given his increasing power in the Republican Party.

Schumer's resolution addressed events that transpired on Monday evening at a protest near the White House. Police officers dispersed protesters with tear gas and physical force to secure a passage for Trump to cross Lafayette Square to St John’s Episcopal Church. Rioters tried to burn the church the previous day.

On 25 May, African American man George Floyd died in Minneapolis police custody after being arrested. A video of the arrest posted online shows a white police officer pressing on Floyd’s neck for nearly eight minutes while he was laying on his stomach handcuffed and saying he can not breathe.

The incident and sparked nationwide protests against police brutality and racism, but many turned into riots. The county examiner ruled Floyd's death a homicide and one of the four arresting officers was arrested and charged with third-degree murder. 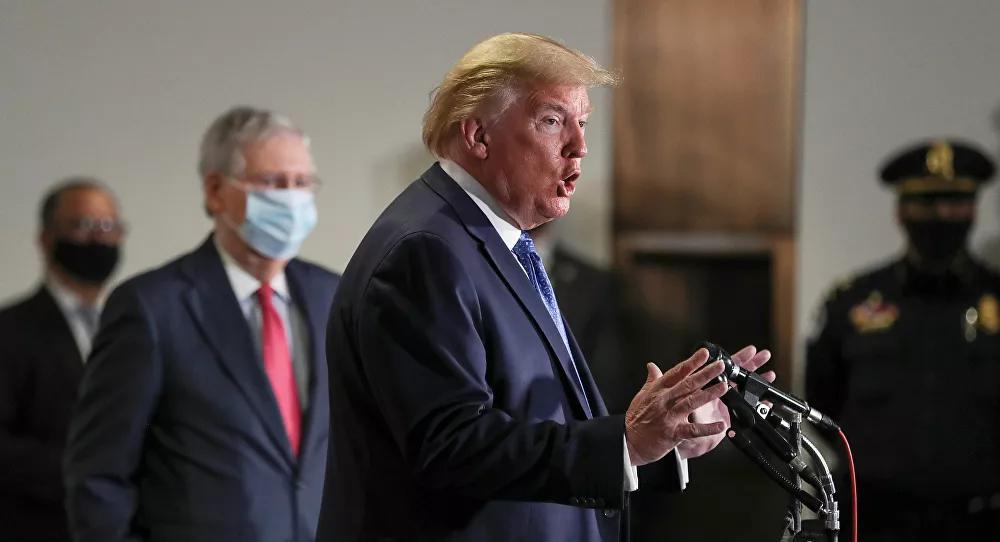