Italy Reopens to Tourists from Europe

ROME, June 2 (AFP) - Italy reopens to travellers from Europe on Wednesday (Jun 3), three months after the country went into COVID-19 lockdown, with all hopes pinned on reviving the key tourism industry as the summer season begins.

Gondolas are ready to punt along Venice's canals, lovers will be able to act out Romeo and Juliet on Verona's famed balcony, and gladiator fans can pose for selfies at Rome's Colosseum.

But there were fears many foreign tourists would be put off coming to a country still shaking off a vicious pandemic.

"Come to Calabria. There's only one risk: That you'll get fat," the southern region's governor Jole Santelli said on Sunday as the race began to lure big spenders - or any spenders - back to Italy's sandy shores.

Italy was the first European country to be hit hard by the coronavirus and has officially reported more than 33,000 deaths.

It imposed an economically crippling lockdown in early March and has since seen its contagion numbers drop off dramatically.

With the country facing its deepest recession since World War II, it needs foreigners to return, and quickly.

But it is still reporting dozens of new cases a day, particularly in the northern Lombardy region, and experts warn the government may be being hasty in permitting travel between regions and abroad. 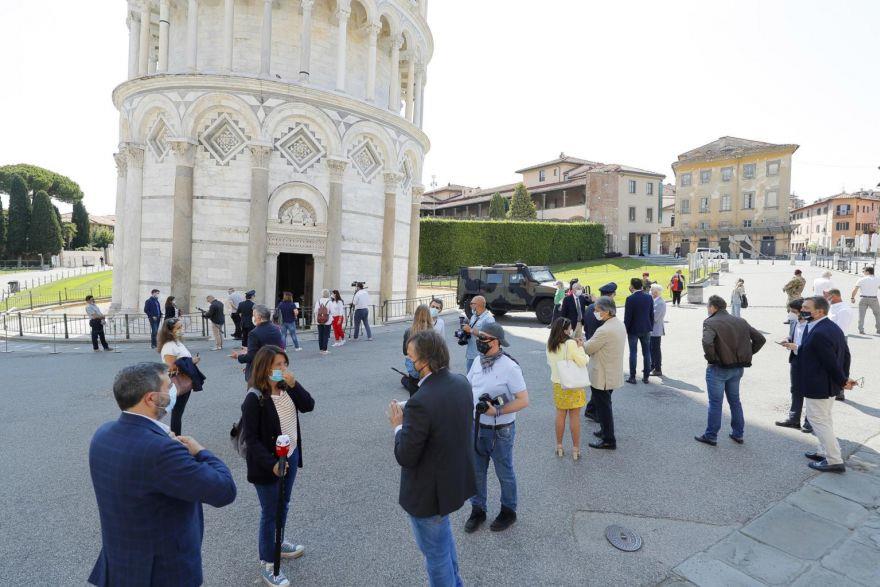