WASHINGTON, June 3 (CGTN) - President Donald Trump said on Wednesday that he did not believe that he would need to use U.S. troops to counter domestic protests sparked by a police killing of an unarmed black man in Minneapolis.

"It depends, I don't think we'll have to," Trump said when asked in an interview with Newsmax TV whether he would send the military to any cities after sometimes violent protests over the killing of George Floyd.

The president had previously said that he could use military forces in states that have failed to crack down on the violent protests. 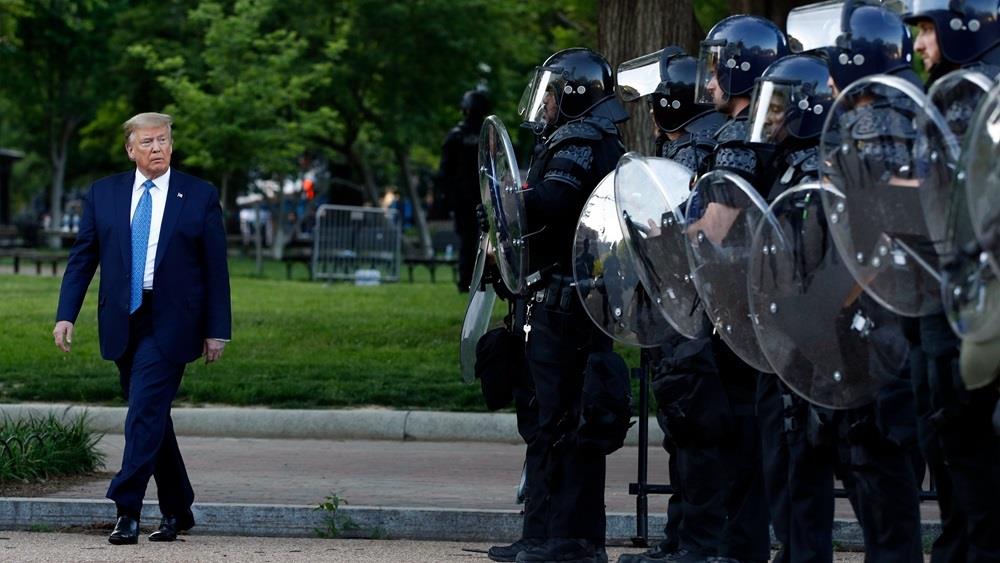