Tens of Thousands of Demonstrators Marches in Washington, DC and Other U.S. Cities

WASHINGTON, June 6 (CGTN) - Tens of thousands of demonstrators marched in Washington, DC and other U.S. cities on Saturday to demand an end to racism and brutality by U.S. law enforcement as protests over the police killing of unarmed African-American George Floyd in Minneapolis entered a 12th day.

The protest in the U.S. capital was shaping up as the largest marches seen this week in cities and smaller towns nationwide, as well as in countries around the world.

In the DC, thousands gathered at the Lincoln Memorial and elsewhere before converging on the White House. The demonstrations in Washington were expected to be the biggest since the protests began.

A protester near White House said "we can't take much more," with hundreds of others chanting "Hands up, Don't shoot!" "We March for hope, not for hate," and "I can't breathe!"

Protests are ongoing in other big cities like New York City, Los Angeles, Chicago and Philadelphia.

There are now more than 43,300 National Guard members responding to protests around the nation following Floyd's death, according to local media. 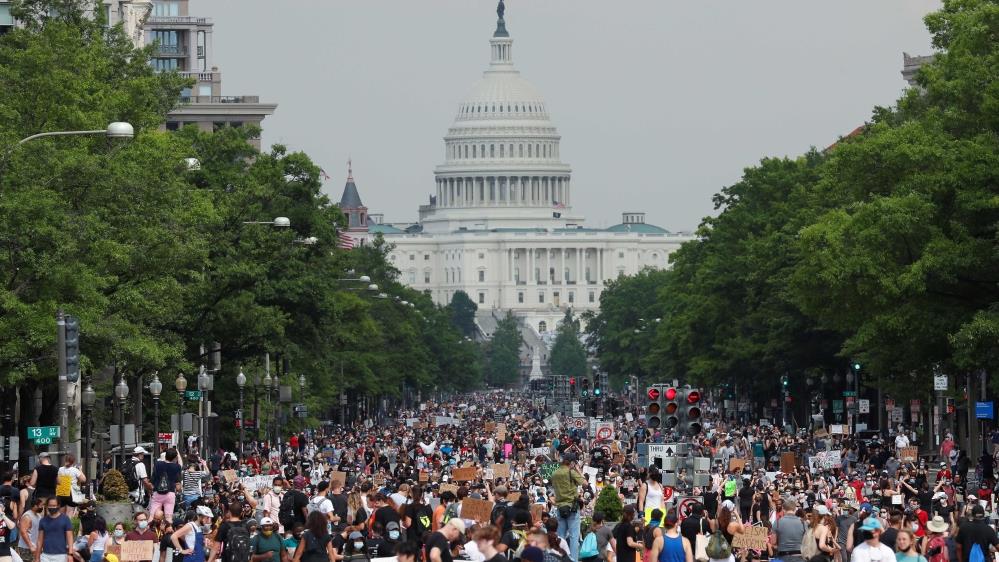