ISLAMABAD, June 8 (Xinhua) -- A multi-story residential building collapsed in Pakistan's southern port city of Karachi on Sunday, killing one person while injuring at least 10 others including women and children, rescue officials and local media said.

The incident happened in the Khadda market area of Karachi, the provincial capital of south Sindh Province.

According to police officials in the area, several people are still trapped under the building's rubble as rescue teams continue rescue and relief operations.

Following the incident, rescue teams along with police reached the area and shifted the injured to a nearby hospital.
Police have sealed the area while nearby buildings are also being vacated.

Rescue teams are facing problems due to narrow streets and darkness of night, said local reports.

Sindh Chief Minister Syed Murad Ali Shah has taken notice of the incident and directed the city commissioner to save lives of people on a priority basis. 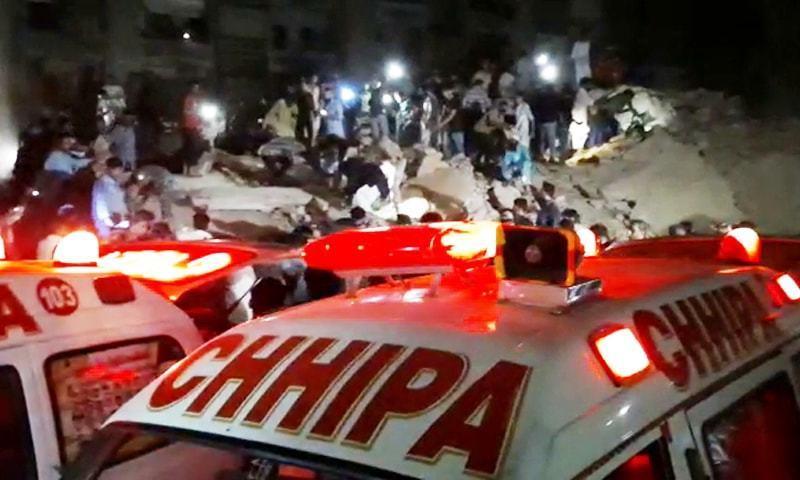