WASHINGTON, June 7 (AFP) - The police department in the US city of Minneapolis will be dismantled and rebuilt, city councilors said late Sunday (Jun 7) after the death in custody of George Floyd sparked nationwide protests about racism in law enforcement.

"We committed to dismantling policing as we know it in the city of Minneapolis and to rebuild with our community a new model of public safety that actually keeps our community safe," Council President Lisa Bender told CNN.

Council Member Alondra Cano tweeted that the decision came through "a veto-proof majority of the MPLS City Council", which agreed that the police department "is not reformable and that we're going to end the current policing system".

A white Minneapolis police officer has been charged with murder in the May 25 death of George Floyd, after bystander video showed the officer's knee pinned on Floyd's neck for nearly nine minutes while he pleaded for his life and called for his mother.

It was the latest case of white law enforcement authorities being blamed for the death of an unarmed black person.

Floyd's death has sparked two weeks of mostly peaceful demonstrations across the country against racism in US law enforcement. Some marchers have called for the police to be defunded.

Last year, a black former Minneapolis police officer was sentenced to 12 years and six months in prison for the fatal shooting of an unarmed white Australian woman trying to report a crime.

Bender told CNN she was looking to shift police funding toward community-based strategies, and that the city council would discuss how to replace the current police department.

"The idea of having no police department is certainly not in the short term," she added.

The demonstrations in the US - which have included outbreaks of looting and violence - have seen new police abuses, some captured on camera.

Two policemen in Buffalo, New York were charged with felony assault on Saturday after they were filmed shoving a 75-year-old protester who fell, hit his head and began bleeding, in one of the most widely shared videos fuelling outrage.

But there were some changes to policing as well.

In Seattle, authorities announced a temporary ban on tear gas.

In Denver, a federal judge forbade the use of chemical agents and projectiles like rubber bullets against peaceful protesters. And in Dallas, police marched in solidarity with protesters. 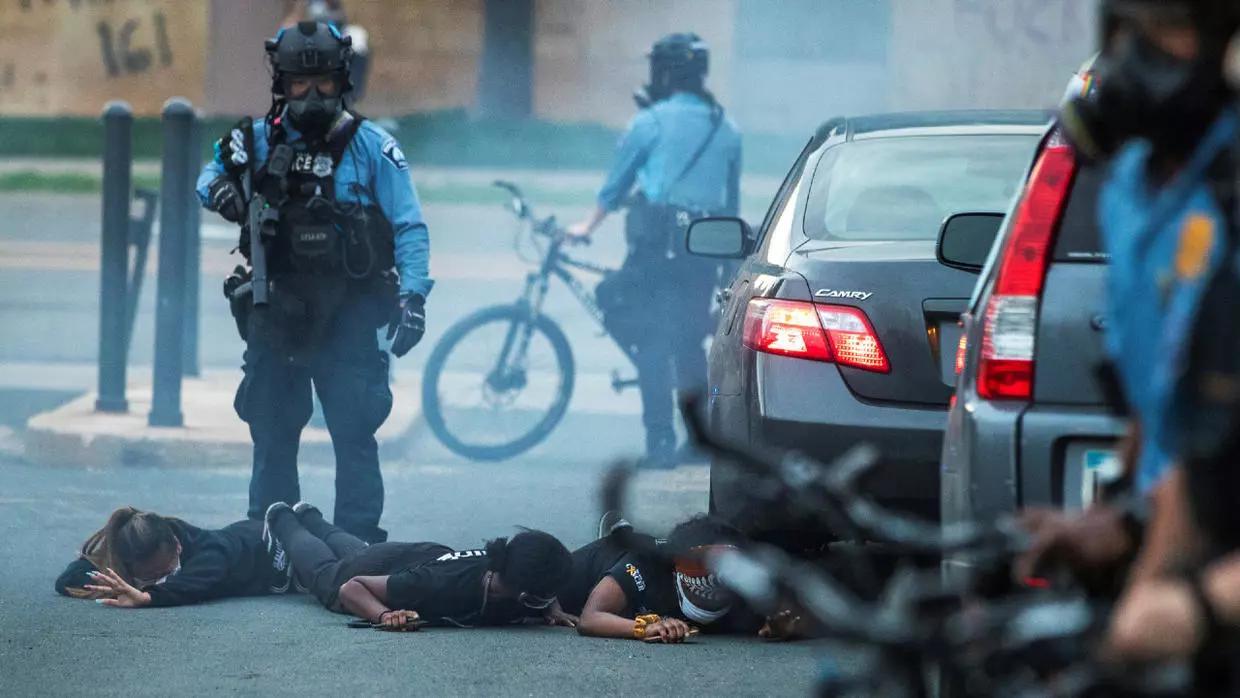