WASHINGTON, June 7 (Xinhua) -- U.S. President Donald Trump said Sunday he has ordered the National Guard recently deployed in Washington, D.C. to deal with the protests to begin withdrawing from the nation's capital.

"I have just given an order for our National Guard to start the process of withdrawing from Washington, D.C., now that everything is under perfect control," the president tweeted in the morning. "They will be going home, but can quickly return, if needed. Far fewer protesters showed up last night than anticipated!"

A group of uniformed military personnel were seen in front of the White House on Saturday, as thousands of protesters swelled into D.C. to stage what has been the largest demonstration in the capital since the death of George Floyd, a Minneapolis black man, at the hands of white police.

Less than a week ago, however, as the protests escalated and reached the doorsteps of the presidential residence, Trump threatened the use of active-duty military forces to quell the protests, a decision that drew harsh condemnation from both current and former officials.

D.C. Mayor Muriel Bowser wrote Trump a letter Friday, urging him to "withdraw all extraordinary federal law enforcement and military presence" in her city citing the peaceful nature of the demonstrations.

The D.C. National Guard confirmed Saturday it was investigating whether it was appropriate to use one of its helicopters during Monday's protests. The helicopter flew low above the White House area as law enforcement on the ground reportedly used non-lethal weapons to clear the way for Trump to walk to a church near the White House for a photo op, which caused tremendous controversy.

"The completion of a thorough and transparent investigation is of the highest priority to me and to the investigative team," Major General William Walker, the D.C. National Guard's commander, said in a statement. 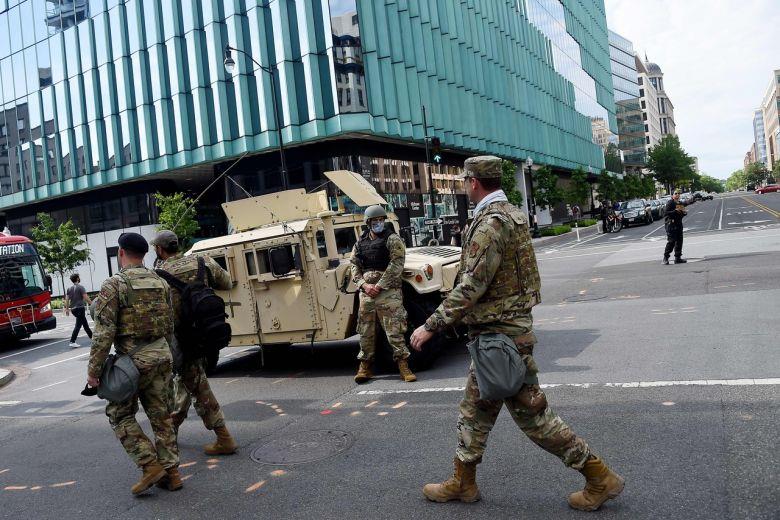