PARIS, June 9 (AFP) - France said on Monday (Jun 8) it would ban the controversial chokehold used to detain suspects after the death in custody of George Floyd in the United States intensified anger over the conduct of French police.

A wave of global protests in the wake of Floyd's fatal arrest magnified attention on the 2016 death in French police custody of Adama Traore, a 24-year-old black man, and renewed controversy over claims of racism and brutality within the force.

France's police watchdog said it had received almost 1,500 complaints against officers last year - half of them for alleged violence.

After a string of protests in recent days, Interior Minister Christophe Castaner announced the chokehold method "will be abandoned".

"It will no longer be taught in police and gendarmerie schools. It is a method that has its dangers," he told a press conference.

He added there would be "zero tolerance" for racism in law enforcement and officers strongly suspected of racism would be suspended.

Castaner said too many officers "have failed in their Republican duty" in recent weeks, with several instances of racist and discriminatory remarks revealed.

"It is not enough to condemn it," said Castaner. "We have to track it down and combat it."

But police unions questioned the changes.

The impression given is that "everyone is nice except the police who are mean," said Philippe Capon of the Unsa-Police union.

Frederic Lagache on the Alliance Union said he feared that police will be reduced to "street fighting or the use of tasers". 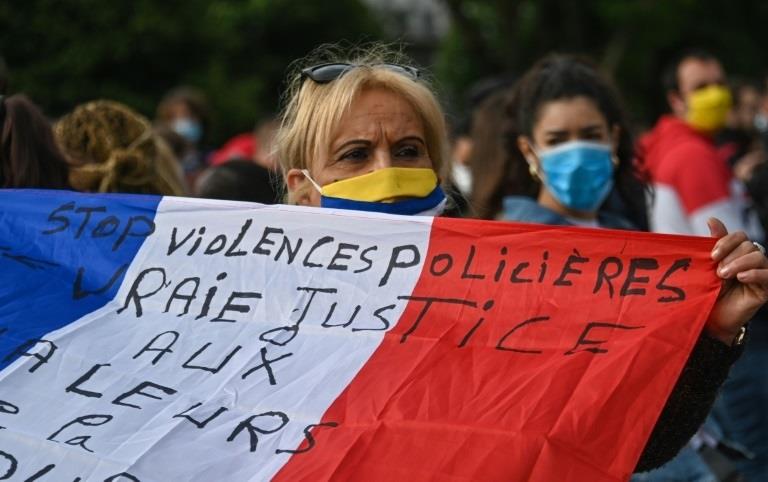