MINNEAPOLIS, June 8 (AFP) - A Minneapolis judge set a US$1 million bail for police officer Derek Chauvin on Monday (Jun 8) as he made his first court appearance charged with the murder of George Floyd, the 46-year-old African-American man whose death sparked nationwide protests.

Dressed in an orange prison suit, Chauvin, 44, answered questions matter-of-factly in the procedural hearing, which did not require him to submit a plea.

Hennepin County District Court Jeannice Reding set his bail at US$1 million with conditions, and US$1.25 million without conditions.

Meeting the conditions would require him to surrender his firearms, not work in law enforcement or security in any capacity, agree not to leave the state and have no contact with the family of Floyd.

State prosecutor Matthew Frank had asked for a high bail, calling Chauvin a flight risk due to both the severity of the charges and the strong public reaction to the case.

Reding sat a Jun 29 date for the next hearing in the case.

Three other Minneapolis officers who were with Chauvin when Floyd was arrested have been charged with aiding and abetting the murder and are still being held in a local jail.

All four were fired the day after Floyd's death.

Thousands of mourners were expected to attend a memorial for the 46-year-old African American at the Fountain of Praise Church in Houston, the Texas town where he grew up and is to be buried on Tuesday next to his mother.

Among those paying their respects will be Democratic presidential candidate Joe Biden and his wife, Jill, who were also to meet privately with Floyd's family.

Chauvin, who is seen in harrowing video footage kneeling on Floyd's neck for nearly nine minutes while he gasps "I can't breathe", could face decades behind bars if convicted.

Floyd's death, the latest of an African-American man at the hands of police, has unleashed protests for racial justice and against police brutality in cities across the United States and around the world.

The Minneapolis city council pledged on Sunday to dismantle and rebuild the police department.

"We committed to dismantling policing as we know it in the city of Minneapolis and to rebuild with our community a new model of public safety that actually keeps our community safe," council president Lisa Bender said. 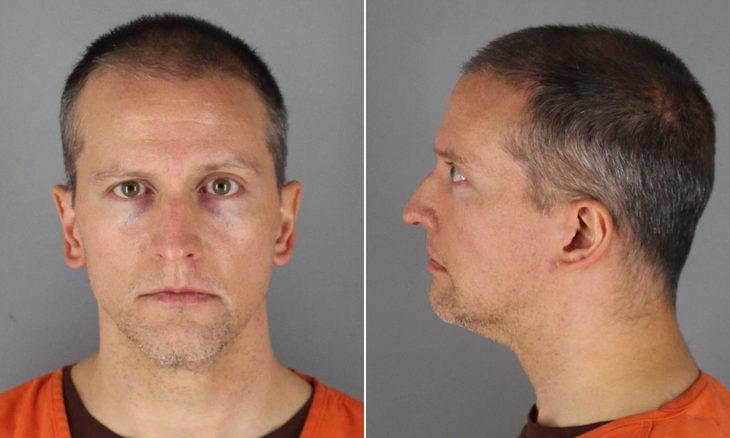