An unidentified South Korean unification ministry official was quoted as telling local reporters that the inter-Korean communication lines, which are a basic tool for communication, should be kept in place as agreed upon between the two Koreas.

The official said South Korea will follow the inter-Korean agreement while makings efforts for peace and prosperity on the Korean Peninsula.

The remark came after the DPRK's official Korean Central News Agency (KCNA) reported earlier in the day that the DPRK will "completely cut off and shut down the liaison line between the authorities of the north and the south, which has been maintained through the north-south joint liaison office" starting from 12:00 (0300 GMT) on June 9.

Other hotlines will also be cut off, which includes the East and West Seas communication lines between the military of the North and the South and the hotline between the office building of the Central Committee of the Workers' Party of Korea and South Korean president office Blue House, according to the KCNA.

According to the unification ministry official, the DPRK did not answer the call from South Korea through all inter-Korean communication lines in the morning.

The development came in the DPRK's protest at anti-Pyongyang propaganda leaflets flown by a South Korean civic group, composed mostly of defectors from the DPRK, across the inter-Korean border.

Under the Panmunjom Declaration, the leaders of South Korea and the DPRK agreed to stop all hostile acts in areas near the military demarcation line (MDL), including the scattering of anti-DPRK leaflets.

The declaration was signed by South Korean President Moon Jae-in and top DPRK leader Kim Jong Un after their first summit in the border village of Panmunjom on April 27, 2018.

On June 4, Kim Yo-jong, sister of the DPRK leader, issued a statement threatening to close the joint liaison office or even completely dismantle a now-shuttered joint industrial complex in the DPRK's border city of Kaesong unless Seoul stops defector groups from sending leaflets into the DPRK. 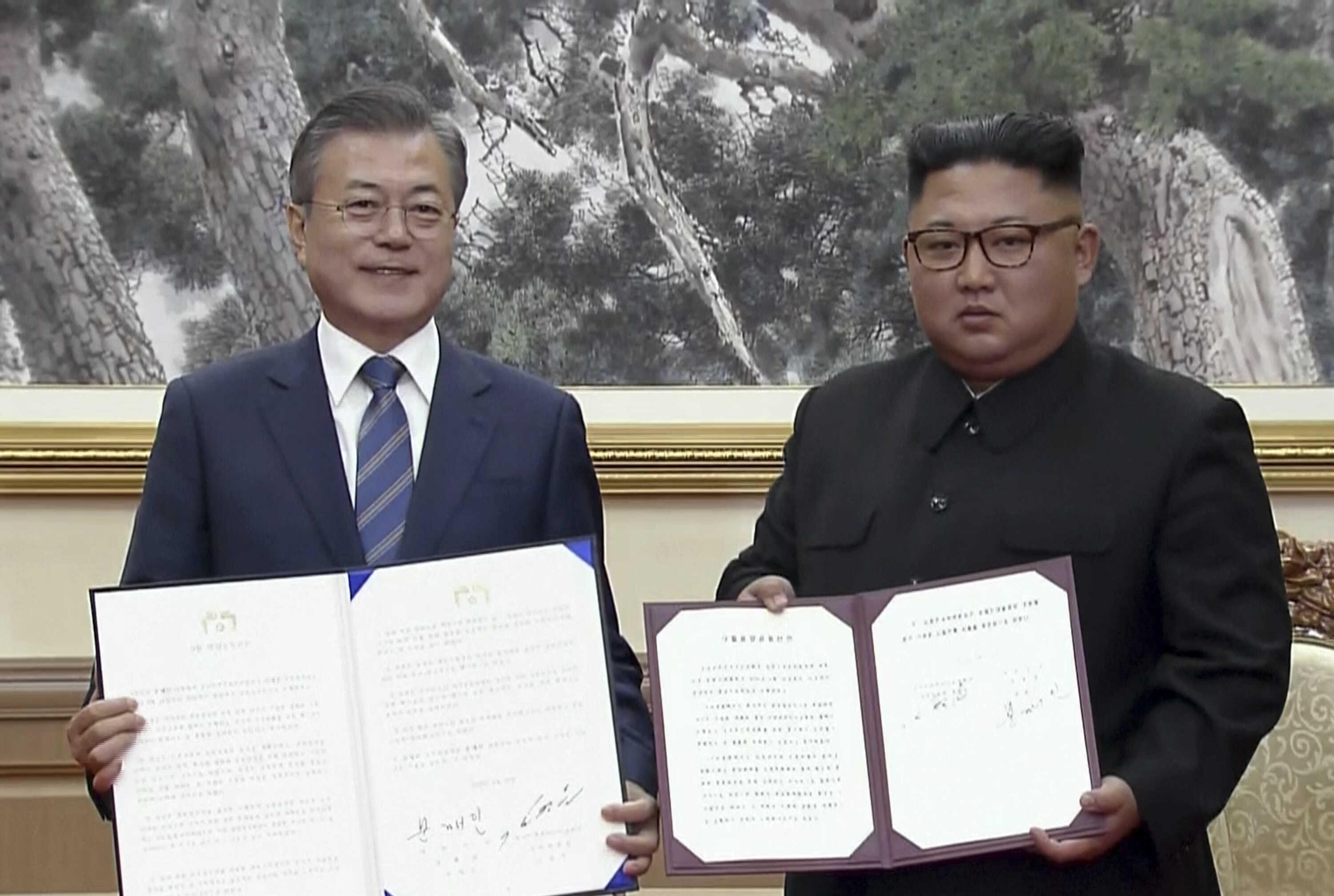