WASHINGTON, June 10 (AFP) - Members of the Washington DC national guard have tested positive for COVID-19 in the wake of their deployment during recent protests in the US capital, the guard said Tuesday (Jun 9).

DC National Guard spokeswoman Lieutenant Colonel Brooke Davis said they could not reveal the number of positive tests due to "operational security".

She said they came after the 1,700 members were demobilised following service during the protests that erupted in front of the White House and elsewhere over the killing of African American George Floyd by a Minneapolis police officer.

The guard were mobilised by the mayor and then the federal government on Jun 1 to help keep order after protests turned into rioting and looting.

They were screened for COVID-19 before and after deployment, Davis said.

While many protesters wore masks during the unrest, not all did, and many law enforcement and guard personnel also went without.

"National Guard personnel are social distancing and use of PPE measures remained in place where practical throughout" the deployment, Davis said.

COVID-19 has claimed almost 112,000 lives in the United States since it spread from China and Europe earlier this year.

The country has registered around two million cases - from a worldwide total of 7.2 million. 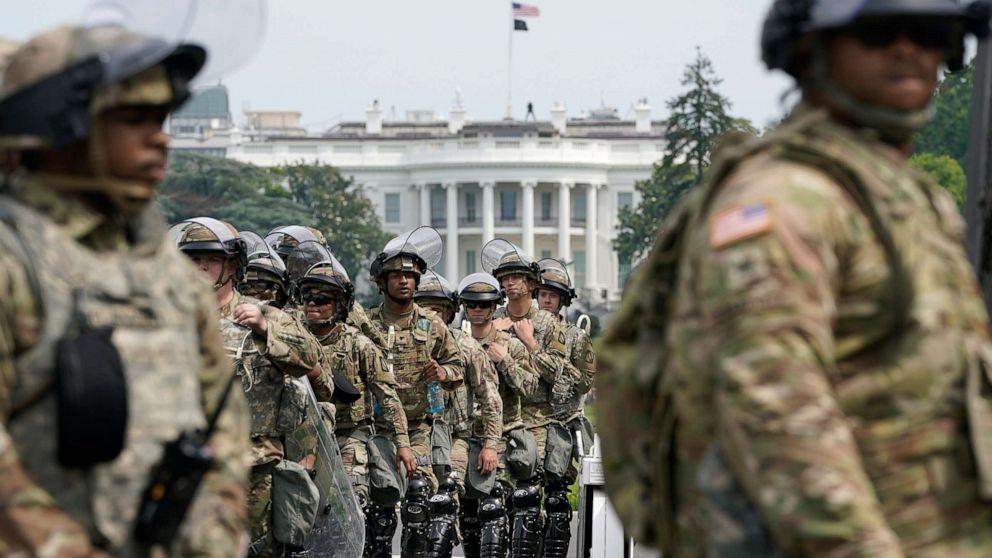